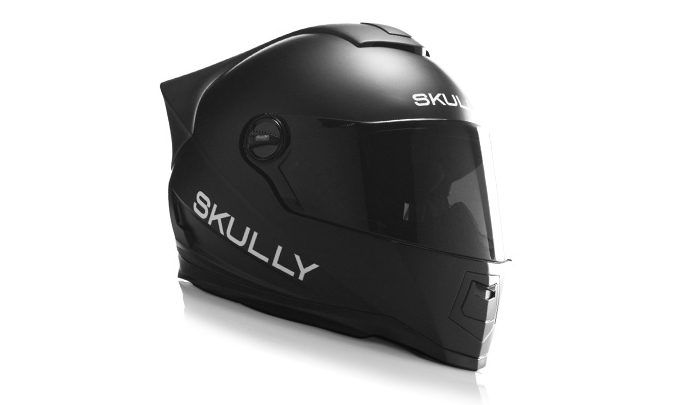 The following story isn’t a script for a bad Hangover sequel, though Hollywood should definitely adapt it for the big screen.

Remember that incredibly cool motorbike helmet that took Indiegogo by storm exactly two years ago? The Skully AR-1 was supposed to be the coolest bike helmet ever, featuring an advanced heads up display complete with augmented reality (AR) elements. The company secured almost $2.5 million in funding via Indiegogo and an additional $11 million from investors after that.

Where did that money go? Among other things, it paid for expensive cars and trips to hot destinations, but also for personal expenses including rent, limos and strip club attractions.

Marcus and Mitch Weller are the two brothers who headed the company into filing for Chapter 7 bankruptcy, in spite of its tremendous crowd-funding campaign. The company did not disclose any information about their alleged wrongdoings while at the helm of Skully, but a lawsuit filed by a former assistant reveals a treasure trove of information about what went on.

The “unforeseen challenges and circumstances, beyond our control, made this effort impossible” the company mentions in its polite letter to backers is not at all what we have expected.

As detailed by TechCrunch, Jalopnik, and Droid-Life, to name a few of the sites that covered the scandal, the Wellers’ adventures on the backers’ dime sound preposterous.

The former assistant filed the suit because of wrongful termination and failure to pay overtime, among other things. But she also revealed that the brothers used the money they got to pay rent and security deposits to new apartments, weekly cleanings, grocery bills, all restaurant meals, but also personal tech including iPads, iPhones, TVs, watches, and GoPros.

That’s just the tip of the spending iceberg. They also purchased an Audi R8, two Dodge Vipers (one of them was involved in a crash and needed replacement), four new motorcycles, and $13,000 trips to Vegas. The brothers also paid for trips to Florida, last-minute first-class tickets to Hawaii, strip joints and limo rides.

They also paid $80,000 in cash to an unnamed co-founder, money that was hidden as expenses for a trip to China. In fact, the brothers “routinely demanded [the assistant that she] engage in fraudulent bookkeeping practices designed to defraud investors in Skully into believing that Skully funds were being used for business purposes, when in fact, the funds were being used to pay the personal expenses of the Wellers.”

Marcus Weller even made his assistant attend his driving school in his place. Weller was forced to attend it after receiving a traffic violation in that new R8.

So if you backed Skully by now you’re wondering how you can get your money back – that’s $1,500 per person, for nearly 1,000 people. The bad news is that you will probably not be able to do it because of that Chapter 7 bankruptcy filing.

However, there’s a company called Fusar that makes smart bike tools, and which is offering a credit equivalent for the whole amount you paid for the AR-1 helmet. The Skully Owners Stimulus (SOS) package will not let you spend all that credit at once, but you should be able to recoup the entire sum over time.