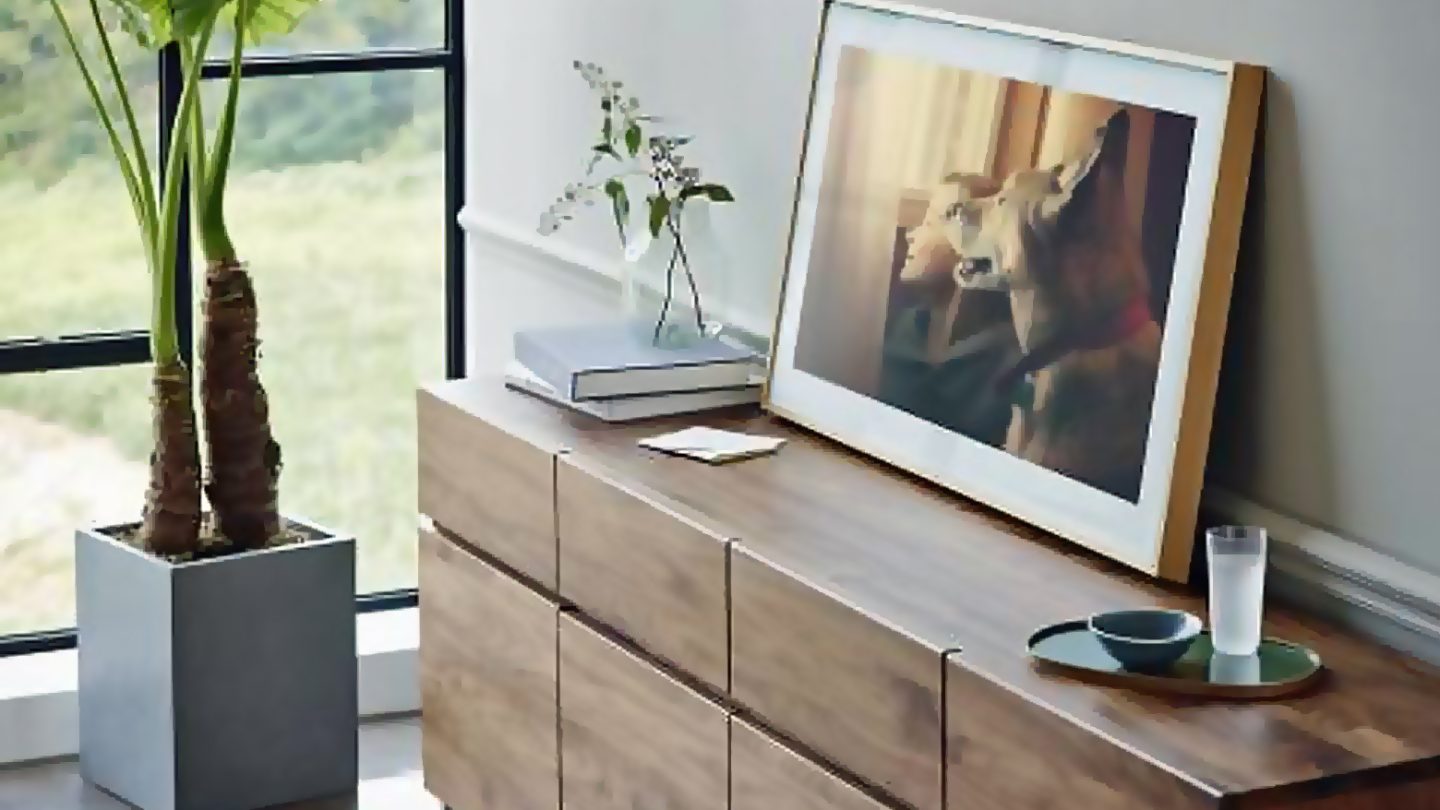 CES 2017 has already produced plenty of interesting announcements, but leave it to Samsung to throw the tech world a curve ball with a tantalizing teaser of its next insane idea: a TV that you never turn off. Samsung calls it the Lifestyle TV, though that may only be a placeholder name under the moniker is finalized — it was previously listed on CES material as being called the “Samsung Frame,” so who knows — and it’s a video display that is a TV when you want it to be, but when you walk away it turns into something else entirely.

The Lifestyle TV looks like a huge wall frame, and in Samsung’s marketing photos it has a bold gold frame and thick white bezel behind glass. The center display is an HDTV, and design preferences aside, it’s a eye-catching piece of tech to say the least, but when you turn the actual television feature off, the entire thing becomes a picture frame. Samsung’s teaser photos show the display with various images including modern art and family photos, and while the TV’s aesthetic might be peculiar at first, when you see it with a painting or pleasant snapshot on the display it all suddenly makes a lot more sense. Samsung is being particularly hush-hush about the Lifestyle TV at the moment, and spent just a few sentences talking about it at the company’s keynote today. However, Samsung did reveal that more details about the device and presumably vital information like price and availability would be coming by the end of the year.