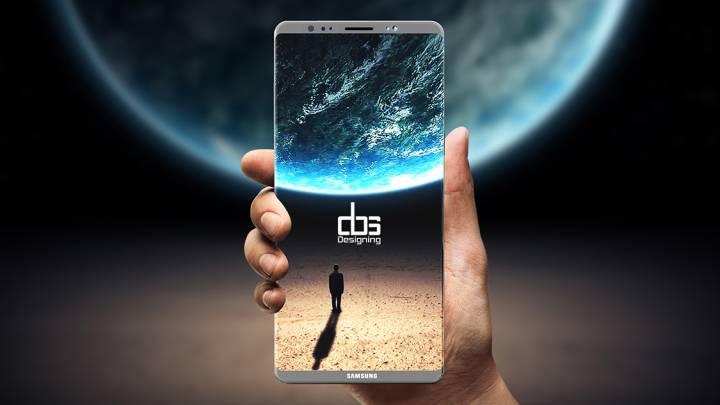 Late last week, a blogger with a very strong track record leaked a slew of details surrounding Samsung’s upcoming Galaxy Note 8. According to the report, Samsung’s hotly anticipated new flagship phablet will feature killers specs highlighted by a 6.3-inch Super AMOLED display with the same 18.5:9 aspect ratio as the Galaxy S8, 6GB of RAM, Exynos 8895 or Qualcomm Snapdragon 835 chipsets depending on region, dual 12-megapixel rear cameras, a 3,300 mAh battery, and an updated S Pen stylus with new features. All of that sounds like terrific news, but there was one other detail offered in the report that isn’t very good news: The Galaxy Note 8’s price.

According to the report — which, again, comes from a source in a position to know — the Galaxy Note 8 will launch with a €999 price point in Europe. In other words, after taxes the Note 8 will retail for more than €1,000. In the United States, the leak suggests a likely price tag of “a little over $900,” which would put the price of the Galaxy Note 8 at just under $1,000 after taxes.

Apple has been known as a trendsetter for decades, but the company appears to have started a troubling trend last year when it increased the price of each iPhone 7 Plus tier by $20. Samsung’s Galaxy S8 and Galaxy S8 Plus would be the next phones to launch with heftier than normal price tags, and multiple rumors have suggested that the upcoming iPhone 8 will cost around $1,000 when it’s released later this year. Now, it appears as though the Galaxy Note 8 can be added to the growing list of current and flagship phones with monstrous price tags.

Pricing always increases for everything over time, so why is it so troubling that leading flagship phones are getting more expensive? Let’s consider the two companies currently pushing up smartphone prices.

Apple is the most valuable company in the world, and it’s also the most profitable consumer electronics company in history. That record-shattering profitability is thanks almost entirely to the company’s iPhone lineup, which provides margins that are borderline obscene. Meanwhile, Samsung posted a net profit of $6.8 billion in the most recent quarter, and that was even before the company’s new Galaxy S8 flagship phones were released. Do these companies really need to fleece customers even more than they’re already being fleeced?

The problem, of course, is that the demand is there. Plenty of other smartphone makers are selling comparable phones at much lower prices, but not many people in tier 1 smartphone markets seem to care. In the US, for example, those insanely expensive smartphones are paid for in monthly installments so the price tags are far less daunting. Worst of all, sky-high sales numbers despite the recent price increases mean we can likely expect this troubling trend to continue for the foreseeable future.