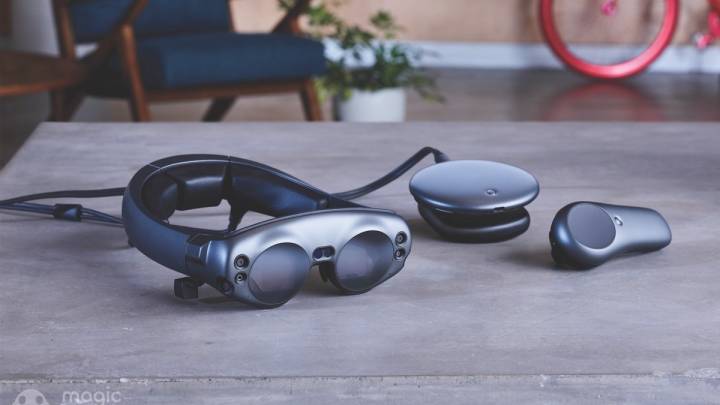 A few weeks ago, we reported that the much-hyped first Magic Leap headset is now available to buy but that it doesn’t yet live up to the company’s promise nor all those billions in early funding from investors excited about the prospect of mixed reality. Now, Oculus founder Palmer Luckey has come out today with a brutal review of Magic Leap One on his website, calling the device, which launched earlier this month for $2,295 and comes in two sizes, as a “flashy hype vehicle that almost nobody can actually use in a meaningful way, and many of their design decisions seem to be driven by that reality.”

Ouch. But he doesn’t stop there. The headset he dismisses as a “tragic heap” also “does not deliver on almost any of the promises that allowed them to monopolize funding in the AR investment community” and boasts a number of problem areas, like bad tracking.

“The controller is slow to respond, drifts all over the place, and becomes essentially unusable near large steel objects,” writes Palmer, who sold his company to Facebook for $2 billion back in 2014. “Fine if you want to use it in a house made of sticks, bad if you want to work in any kind of industrial environment. Magnetic tracking is hard to pull off in the best of cases, but this is probably the worst implementation I have seen released to the public.”

The headset comes with a handheld input device, chargers, and a Lightwear headset plus a computing pack, among other things. Palmer goes on to zing the Lightwear and the “photonic lightfield chips” that been hyped as a part of it as nothing more than “the same technology everyone else has been using for years, including Microsoft in their last-gen HoloLens.”

CNBC got to try out the headset earlier this month and for their part came away feeling like the idea, at least, is solid enough to convince the news outlet that such headsets will eventually supplant computers and phones. But, and here’s the kicker — Magic Leap, according to CNBC, may not be the company to see that transition through.

That certainly lines up with today’s criticism from Palmer, whose review actually wasn’t all bad. He actually gave an “A+” to the Lightpack. “I would have expected Magic Leap to do the fashionable thing and throw all their render hardware and battery power on the headset itself for looks, but some group of sane people appear to have recognized that putting your heaviest components on the most weight sensitive part of your body is a bad idea if you want people to actually wear your product for any period of time … This approach also allows them to use much more powerful chips than they could feasibly cram into a head worn device.”

His bottom line: Magic Leap is not ready for prime time and has not yet lived up to all the breathless hype from tech influencers who got an early look at it.

Magic Leap CEO Rony Abovitz kinda, sorta responded to the criticism today via Twitter. CNBC picked up on it — specifically, on a series of tweets from the CEO giving a nod to the animated TV series Avatar: The Last Airbender, “suggesting that Luckey is a ‘bitter, angry, banished Zuko.'”