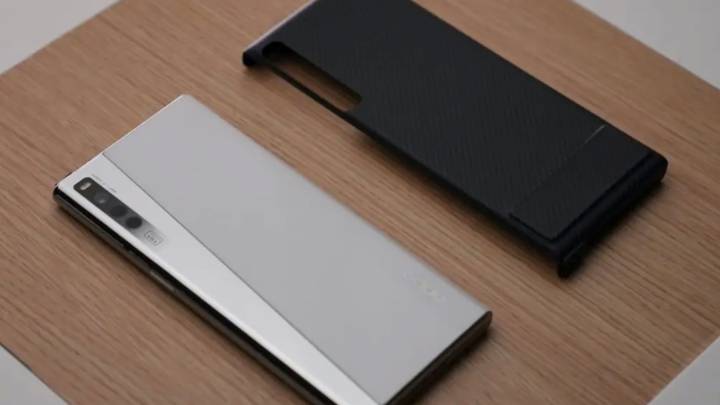 When Xiaomi showcased its Mi Air Charge technology a few weeks ago, it seemed like the kind of “vaporware” announcement that tech companies often make. Mi Air Charge would allow smartphones and other gadgets to recharge wirelessly over several feet. A special device would have to be present in the room to beam waves to compatible devices. The gadgets themselves would require specialized internal components to support this type of long-distance wireless battery charging. Moreover, Xiaomi didn’t even mention what sort of smartphone would support Mi Air charging. All this made it look like the kind of innovation that would need many years to mature.

Oppo is a Chinese smartphone maker from the same family that owns OnePlus. Oppo has shown off a few mobile technologies at previous editions of the Mobile World Congress that were later used in its phones. These include ultra-fast wired charging and periscopic cameras that would deliver better optical zoom than anything else in the industry. Oppo showed off those types of concepts several years before it was able to deliver them via commercial products. Various phones right now support wired charging speeds over 50W and feature periscope telephoto cameras. Oppo also demoed under-display camera tech at previous shows.

This year’s MWC event has a different schedule because of the pandemic. The Shanghai event is underway in China right now, with Barcelona’s main show having been postponed to June. It’s at MWC Shanghai that Oppo unveiled its longer-distance wireless charging. Unlike Xiaomi and Motorola, Oppo’s technology works over a much smaller distance.

Working on or off axis with the charger, you can charge up and use the smartphone at the same time without being tethered to a charging stand or cable! 🚫 🔌 #MWC21 #OPPOxMWC21 pic.twitter.com/9iiunPBzPs

Oppo’s Wireless Air Charging has a range of 10 cm (4 inches), which means the user would have to operate the phone right above a charging mat while it’s in use. This isn’t the sci-fi across-the-room wireless charging tech we want, but this might be the way we get there.

Current wireless charging tech requires physical contact between the charger and the device. The Oppo Wireless Air Charging works even if the phone isn’t parallel with the charger. In practice, this means you can use the handset over a desk, and the charger would still work. Any movement that removes the phone from that maximum 10 cm of range would effectively stop the charging process.

The maximum speed of Wireless Air Charging is 7.5W.

What’s also interesting about the Wireless Air Charging tech is that Oppo used its Oppo X 2021 rollable phone to tease the technology. The company didn’t just use the animation above to showcase the phone and the wireless charging tech. It also released a video that actually shows the rollable phone concept in action, complete with a closeup that shows the phone is charging while it’s used to play video.

It’s unclear when Oppo will release either the Oppo X or Wireless Air chargers or how much they’ll cost. But smartphones that can recharge wirelessly over distance might be closer than we think.