Details surrounding Apple’s new iPhones always leak out well ahead of their official unveiling. First we hear rumblings, then more details start to trickle out, then mockups made using leaked schematics fill in the blanks and show us exactly what Apple’s next iPhones are going to look like. That’s exactly what happened with the iPhone 7 and iPhone 7 Plus, as was the case with the iPhone 6s and iPhone 6s Plus last year.

Typically, the leaks and rumors originate from bloggers, reporters or China-based gadget leakers. But on Tuesday, one of Apple’s official wireless carrier partners decided to get in on the action with a fresh leak of its own.

It’s not every day you see one of the companies Apple partners with jump on the rumor train, but that’s exactly what happened on Tuesday when official iPhone carrier China Unicom posted a teaser image that may confirm some key details surrounding Apple’s upcoming iPhone 7 and iPhone 7 Plus. China Unicom is the fourth largest wireless carrier in the world by subscriber base, and it’s clearly anxious to let all those customer know about Apple’s new iPhones.

Here’s the picture posted by the carrier (via TechOrz): 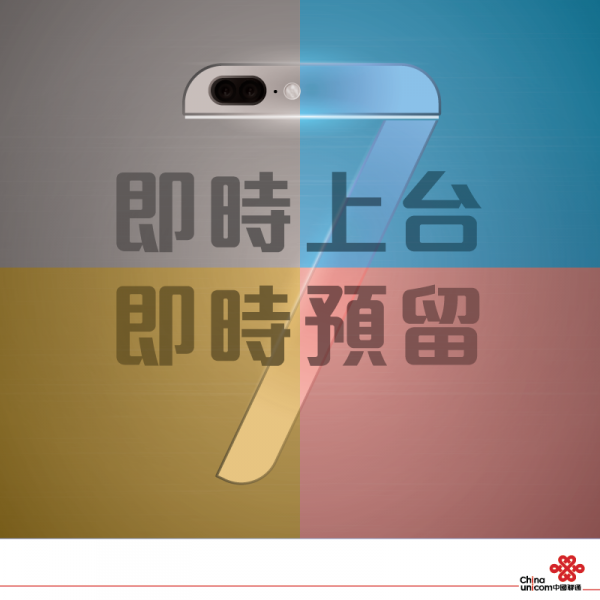 First of all, it looks like China Unicom is saying that Apple’s next-gen handsets will be called iPhone 7. That hadn’t been confirmed, and it was a bit up in the air considering how similar the phones appear to look compared to Apple’s previous-generation models.

Also shown in the image is a dual camera setup, which was believed to be coming on the iPhone 7 Plus or iPhone 7 Pro, whichever name Apple chooses. Finally, the background of the image includes four panels that mirror Apple’s iPhone colors — or at least, three of the colors correspond to existing iPhones. The fourth is a blue color that isn’t currently offered by Apple, though rumors have suggested that a deep blue iPhone 7 might replace the current Space Gray color.