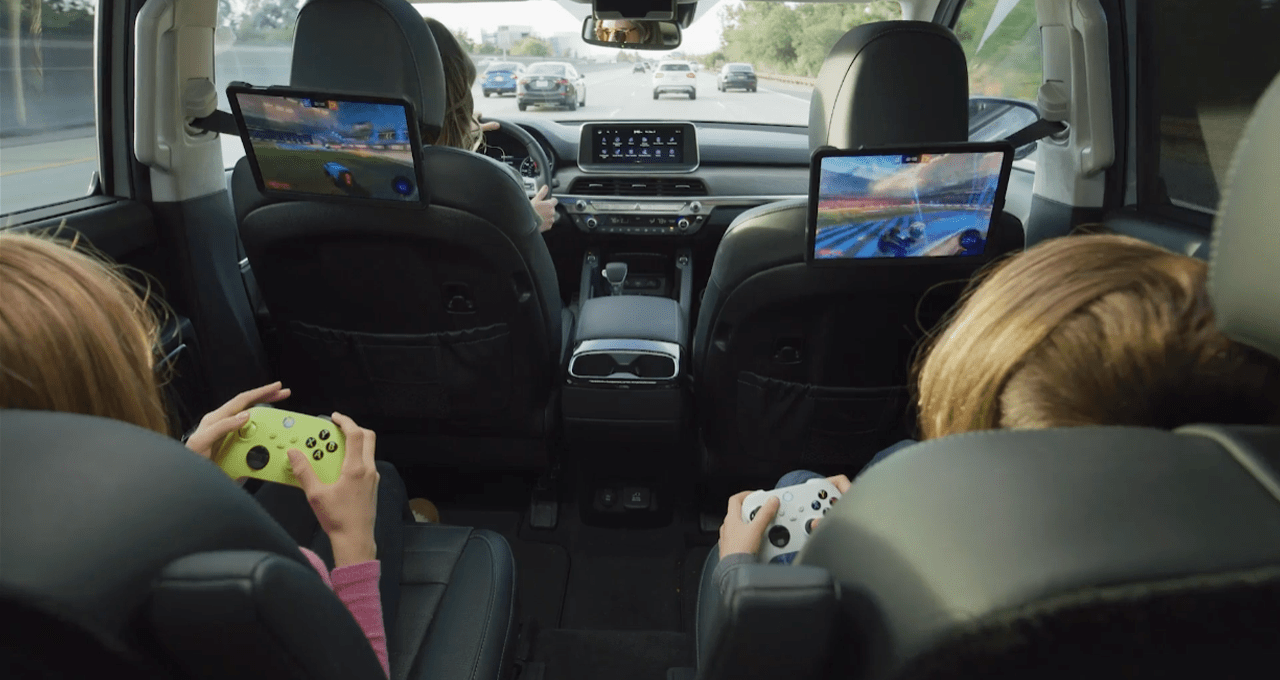 Nvidia wants to bring cloud gaming right into your car.

In a press release, Nvidia announced that it is working to bring GeForce NOW, the company’s game streaming service, directly into cars. The company says that it will take no additional hardware (besides, you know, adding screens and processors) and that it is already working with Hyundai Motor Group, BYD, and Polestar to launch the service in their vehicles.

“We are excited to offer our customers the best in technology, comfort, design from BYD and now the latest in gaming through NVIDIA GeForce NOW high-performance cloud gaming service. The experience of driving our cars is becoming increasingly sophisticated, entertaining and sustainable.”

While you may be jumping at the screen, screaming that drivers will turn the highway into an actual recreation of Grand Theft Auto due to their eyes being locked into the game, don’t worry. The company notes that “drivers and front seat passengers can access games while parked or charging, while those in the backseat of vehicles where rear entertainment is enabled can play anytime on the road.”

The gaming service seems to be coming only to vehicles that feature the company’s NVIDIA DRIVE technology, something that Hyundai, BYD, and Polestar all have. Nvidia says it should work with over 1,000 titles on the service that support a controller and press images appear to indicate it will work with the Xbox Wireless Controller.

Nvidia and the automakers did not provide a launch date for the service on any of their cars, so we could have quite a wait. However, if successful, Nvidia could beat other game streaming services like Xbox Cloud Gaming to bring cloud gaming to the car.

I for one am ready to play Battlefield while I’m charging my electric car at Whole Foods. What a time to be alive!