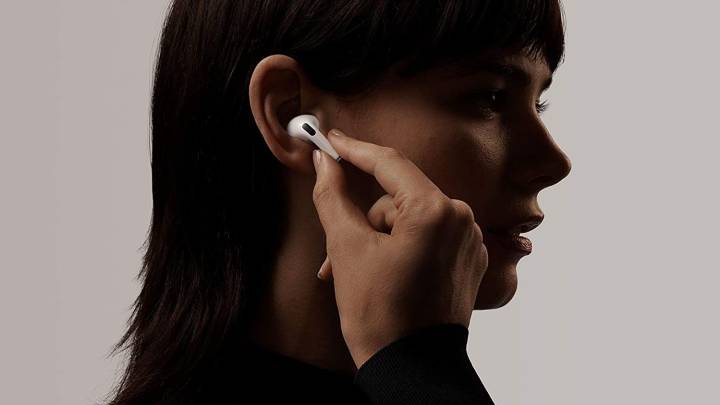 Nothing is the name of a new tech start-up from OnePlus co-founder Carl Pei. It wasn’t clear what Nothing would be making until Tuesday, when the company announced a few additional details about its first product. But it still feels like nothing, as Pei’s new company isn’t quite ready to reveal anything more than than a future announcement for what will likely be another entrant in the already crowded category of AirPods competitors.

The AirPods are one of Apple’s most popular products in recent years. When the iPhone maker removed the headphone jack from the iPhone 7 in 2016, it gave buyers three fixes. The iPhone 7 shipped with a 3.5mm-to-Lightning adapter so the user could still plug older headphones into the new iPhone. The iPhone also came with free Lightning EarPods. Finally, Apple announced the AirPods that brought a wireless audio experience to the iPhone. Many Apple rivals criticized the headphone jack decision, but they ultimately copied Apple’s moves. Nowadays, most flagships lack 3.5mm connectors, and most iPhone makers have AirPods-like devices of their own.

Pei’s Nothing doesn’t make its own phone, or anything else for that matter. The company recently teased a wireless earphone design, and we now know that its first product will be a pair of wireless earphones.

Nothing announced the Ear 1 product on Tuesday, hyping up a June launch. We also got the teaser image below, which teases AirPods-like equivalents with a longer stem. The original AirPods design saw some criticism because of that longer stem, and the third-gen AirPods are expected to feature a smaller stem like the AirPods Pro.

Pei isn’t willing to reveal anything concrete about the device, showing that he mastered the art of teasing a new product from his OnePlus days.

“Design is still top secret but what we can tell you is that Ear 1 combines notes of transparency, iconic form, and refined functionality,” he wrote in a blog post. “It is the starting point that will define the artistry, confidence, and craftsmanship that will carry our products and services for years to come.”

The whole point of this Ear 1 soft-launch is to make the world talk about Ear 1. It’s the mystery that makes it so interesting right now. There’s no other reason for Ear 1’s design to be top-secret other than to build anticipation for a product coming from a company with no proven history or expertise at manufacturing anything.

That the Ear 1 design has long been finalized seems clear from the way Pei describes the product. “Everything that is Ear 1 is there with purpose. Everything you see and everything you don’t see,” he wrote. “Even the name.”

“Mirroring the product’s stripped-down aesthetic, the name Ear 1 echoes our raw ambition — to let things be what they are,” Pei continues. “We don’t try to dress it up with a fancy name. Nor do we want to sit around debating said names. We let Ear 1 speak for itself.”

But don’t be fooled, the chosen names are intentional, and they’re part of the same clever marketing page. A company called Nothing is something people will remember. That name choice has to be followed by something unexpectedly simple, like Ear 1.

The former OnePlus exec explained that Nothing chose wireless earphones as its first product because the market was “begging for differentiation, a space where we can elevate design and deliver value from day one.” The Ear 1’s success might then allow the company to enter new product categories.

Hopefully, when the marketing smoke clears, the Ear 1 earphones will be just as great as Pei makes them sound. Until then, there’s really nothing to see here.