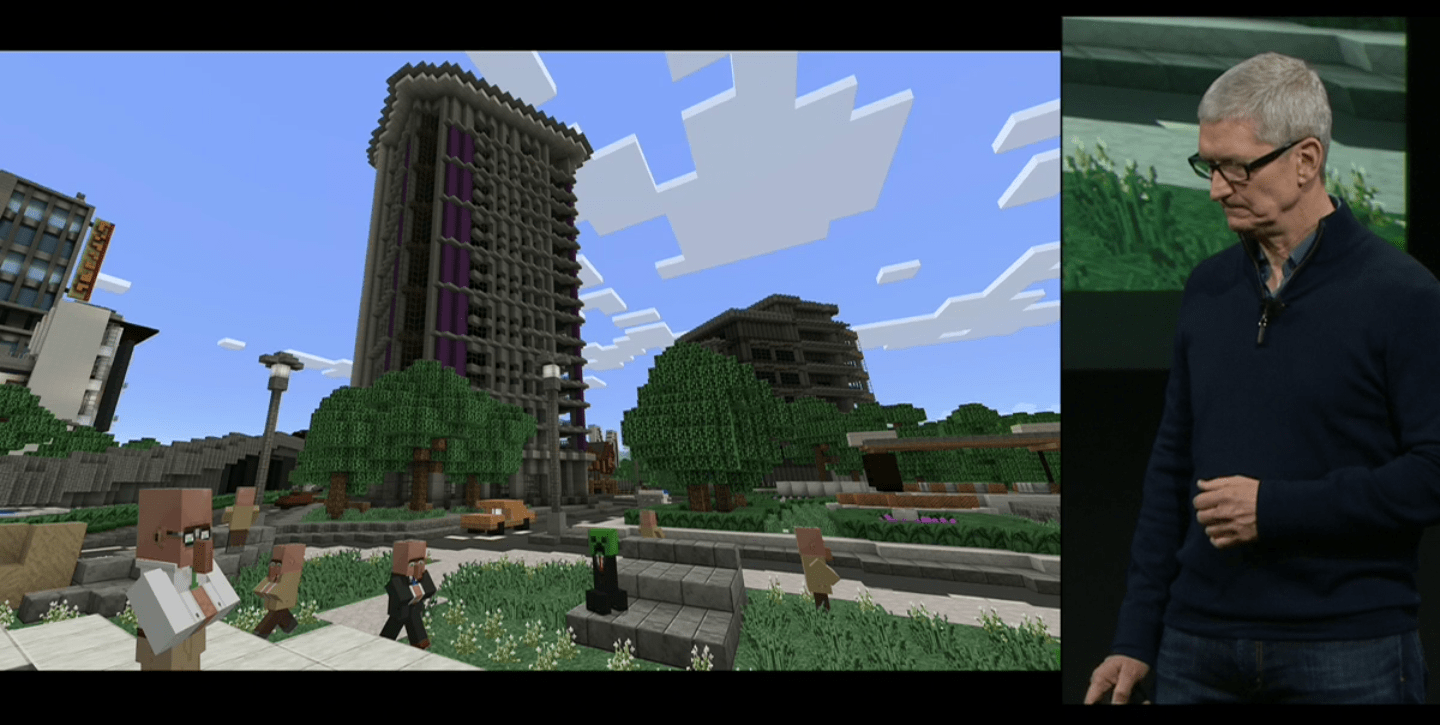 During its MacBook event in October, Apple revealed that Minecraft, one of the most popular games in recent history, would soon be available on its living room platform, the . At the time, Apple did not offer any other details about the game, but Minecrafters should know the game is finally here. Go ahead, get your Minecraft for right now.

The Edition of Minecraft will set you back $19.99, but for that price you’re getting some bonus material, including the Ender Update, and seven extra pieces of DLC. Not to mention that Minecraft for might be just the Christmas present a special someone deserves.

“We’ve just released Minecraft for the slim black boxes. And, for a limited time, it comes with seven pieces of lovely DLC, giving you the chance to customize the fun to your liking,” a post on the Minecraft site revealed.

“Minecraft: Edition currently includes the Holiday 2015, Town Folk, and City Folk skin packs, along with the Plastic, Natural, Cartoon, and Festive 2016 mash-ups. It costs $19.99 and is rolling out in all regions as I type.”

On top of all the perks included in this first release for , Minecraft said that the tvOS game will receive the same Minecraft Realms and Xbox Live support that’s available elsewhere.

The game should be available in all local App Stores now that it’s officially out. In case you can’t find it on your , keep trying until your corner of the world gets the game.