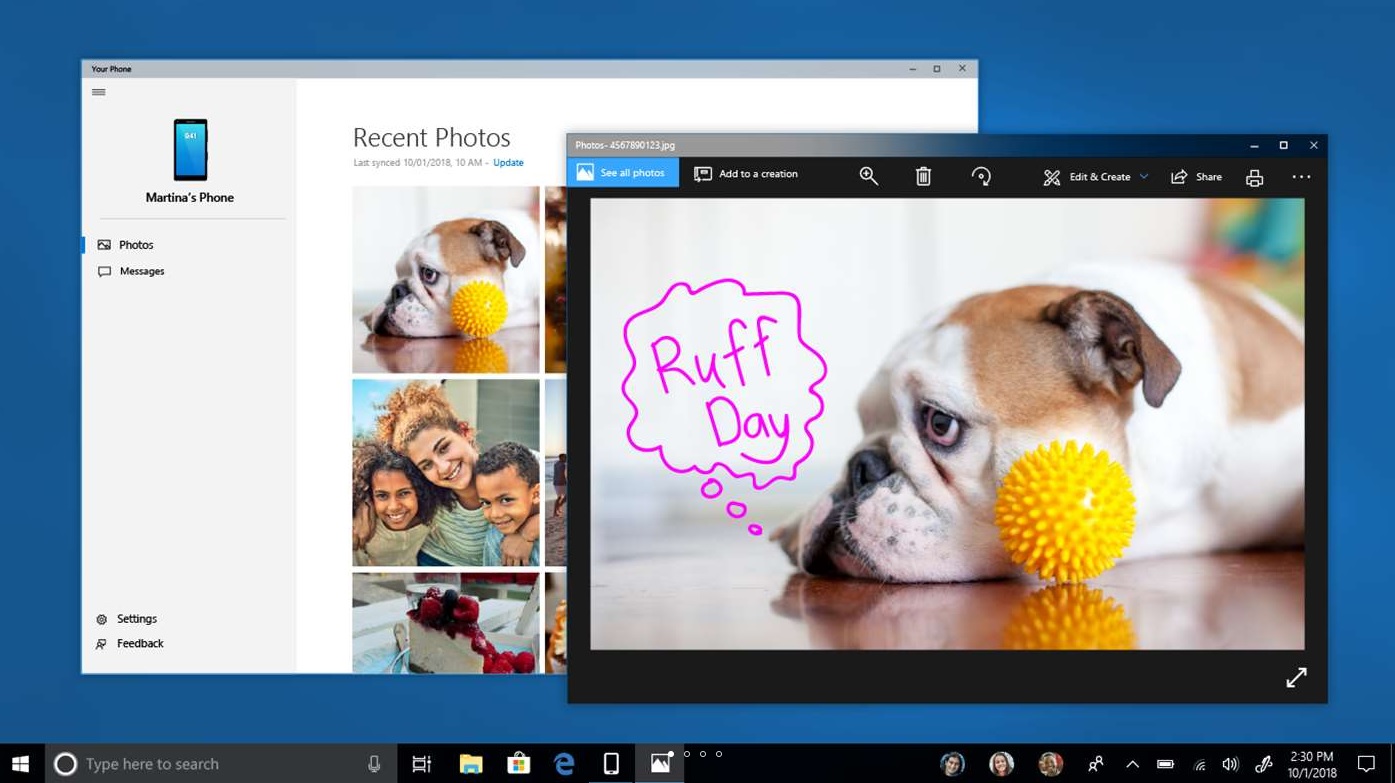 Just a few short months after announcing the Your Phone app for Windows 10 at the Build developer conference in May, Microsoft has launched the app on Microsoft Store for everyone to download. As the name suggests, the app allows Windows 10 users to mirror content from their mobile device to their PC, with a wide range of functionality expected to be added to Your Phone in the coming months. But for now, it’s extremely limited.

In addition to being exclusive to Android devices, at the moment, Your Phone only has one feature: the ability to drag and drop photos from your phone to your Windows 10 PC. That’s it. As Microsoft points out, this eliminates the need to email yourself a photo, which is a multi-step process than everyone would prefer to avoid.

Once you download the app on your computer, you’ll go through a short setup process during which you will receive an app that you’ll need to download to your phone as well. The app requires at least Android 7.0.

In the future, Microsoft plans to add support for text message sync and notifications, but there’s no clear timeline for when these features will be added. Initially, Your Phone was meant to be part of the Redstone 5 update that Microsoft has been prepping for months, but now it appears the app will stand alone on the Microsoft Store. Perhaps the rest of the features will arrive alongside the Redstone 5 update before the end of the year.

Microsoft also once claimed that Your Phone would arrive on iPhones as well, but at the moment, there’s no sign that the app going to support Apple’s smartphones any time soon.