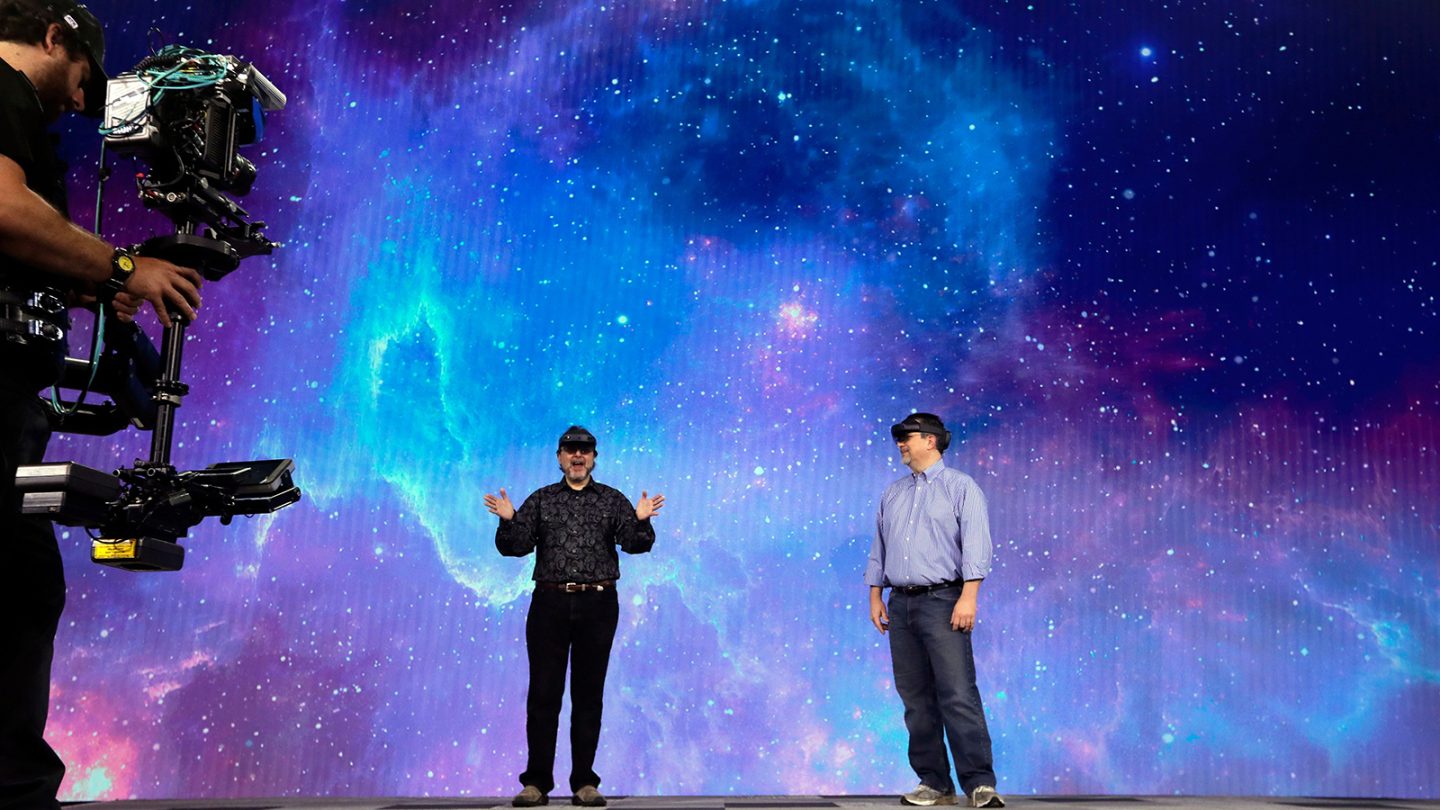 In a report consisting of a total of just 39 words, Reuters reported late Wednesday evening that Microsoft will release its new HoloLens 2 augmented reality headset sometime in September. Why mention that the report only contains 39 words? Well, apart from the fact that it’s quite strange, it also happens to be something of a terrific metaphor for Microsoft’s HoloLens products. When the first-generation version of the company’s augmented reality glasses debuted, the tech community was abuzz as everyone dreamed of all the possibilities. Then, the buzz quickly faded as the HoloLens mixed reality headset ran into the same problem every augmented reality product runs into: It’s very cool in theory, but not terribly useful right now in practice.

That won’t stop Microsoft from updating its efforts with the new HoloLens 2 headset, and now we know when it’ll finally be available.

Microsoft executive vice president Harry Shum confirmed during a speech at the World Artificial Intelligence Conference in Shanghai the HoloLens 2 will go on sale sometime in September.

UPDATE: It appears as though Shum misspoke because BGR received the following statement via email from a Microsoft spokesperson:

As we announced in February, Microsoft HoloLens 2 will begin shipping later this year. We have started collecting expressions of interest for HoloLens 2 preorders and, as part of our standard practice for gathering feedback, have shared near-final prototypes with some customers, but have not announced a date for general availability.

The release, which could be just weeks away, will see HoloLens 2 made available for purchase in three different ways. As detailed on Microsoft’s website, the device will be available to purchase on its own for $3,500 beginning next month, and it’s currently available for preorder. Buyers can also opt for a HoloLens 2 with Remote Assist package with financing that costs $125 per month per user, and there’s a HoloLens 2 Development Edition that costs $3,500 plus $99 per user per month that comes with a 3-month Unity Pro & PiXYZ Plugin trial and $500 in Azure credits.

Microsoft says HoloLens 2 “offers the most comfortable and immersive mixed reality experience available—enhanced by the reliability, security, and scalability of cloud and AI services from Microsoft.” As was the case with the first-generation model, HoloLens 2 positions a transparent display over the wearer’s eyes and displays virtual objects atop the physical objects that surround the wearer. Microsoft says the new second-generation model is more comfortable than the original, but HoloLens 2 is also more immersive thanks to a transparent screen with double the field of view of its predecessor.

HoloLens 2 is indeed an exciting product, but it’s still most certainly not a mass-market device. Despite all the buzz that initially surrounded the emerging market segment, mixed reality is still extremely limited in its utility and is therefore very niche.