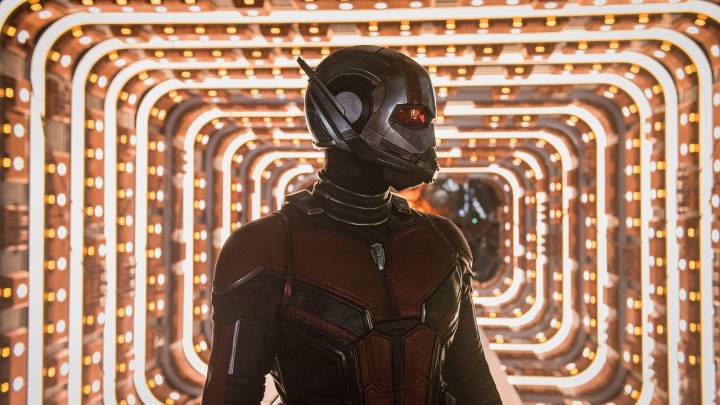 Little did we know in 2015 when the first Ant-Man dropped how important Scott Lang (Paul Rudd) would be for the overarching Infinity Saga storyline. Then Ant-Man and the Wasp delivered the final pieces of the puzzle three years later. The sequel dropped while we were still mourning the loss of several Avengers who had just died in Avengers: Infinity War. Lang’s adventures in the multiverse are what allowed Tony Stark to devise a time-traveling contraption that would lead to the final defeat of Thanos and the resurrection of half of all life in the known universe.

Ant-Man and the Wasp: Quantumania, which is set to premiere on February 17th, 2023, will further explore the multiverse. It will also supposedly provide at least one critical development for the MCU, the introduction of the next Thanos-grade villain. By then, we’ll likely know a lot more about the multiverse thanks to two films that are set to be released over the course of the next year — that’s Spider-Man: No Way Home and Doctor Strange in the Multiverse of Madness.

Now, a new leak teases that Ant-Man 3 might have an additional development that’s key to the MCU. The film could include a key X-Men twist.

The X-Men pose a big problem for Kevin Feige & Co., but it’s the kind of problem the creative teams behind the MCU’s success have been dying to solve. Marvel will have to explain the origin of the mutants in this timeline. That’s because we haven’t seen any of them in the decade of MCU films we’ve enjoyed so far. Marvel could not use its own X-Men characters for the MCU, as Fox held the movie rights for all the mutants. But now Disney owns Fox and all the Marvel characters are available for new MCU adventures.

The MCU will likely take its time to introduce the X-Men, and it’ll probably do it in a way that makes sense in light of everything we’ve seen so far and what we’re about to see as MCU Phase 4 ramps up. We might have to wait quite a while until we see the first X-Men film, but the mutants could drop well before that in various movies and TV series.

Marvel already used Evan Peters, the actor who played Quicksilver in Fox’s X-Men movies. But his appearance in WandaVision was meant to deceive fans briefly but convincingly. He wasn’t a mutant himself. The use of any other actor for the Pietro recast would have been an immediate giveaway that Wanda wasn’t in complete control of her imaginary world, something the audience didn’t learn until a few episodes later.

Actual mutants from the main timeline could pop up in other TV series and movies in anticipation of the first X-Men movies. Ant-Man 3 might be one of them. Murphy’s Multiverse reported a few days ago that Marvel is casting a young female aged 9-12 to play an unnamed lead character in the film:

The character is described as a 10-year old and the studio is looking for a young actress with singing, dancing and comedic chops. It’s unlikely that they’re looking for a young actress to play a younger Cassie Lang as Abby Ryder Fortson still fits the description, so unless she is unavailable, this is for a new character set to play a major role in the 2023 release.

We already know that Quantumania will deliver a new Cassie Lang (Kathryn Newton), who will probably join the Young Avengers later. Jonathan Majors will star as Kang, a major villain from the comics who will probably appear in other MCU films down the road.

With all that in mind, Inverse speculates that the 10-year old who has to sing, dance, and do comedy might be a mutant known as the Dazzler:

A fan-favorite comics character, Dazzler is a professional singer with the power to manipulate sound into light. She’s capable of creating light shows, holograms, blinding people, and can even shoot bursts of light out of her body. She’s basically what it would look like if a pop star was an actual superhero.

The character briefly appeared in X-Men: Dark Phoenix, so it’s not like Dazzler has much history in Fox’s X-Men universe. Even if she did, that’s not tied to the MCU in any way and Marvel will surely recast all mutants that we saw in previous Fox movies. This could end up being the first time an X-Men character appears in an MCU movie.

As with all leaks and rumors, we’ll point out that nothing is certain at this time. Marvel will start filming Quantumania in July in London, so we might get additional leaks during production that could reveal the identity of this mysterious character.