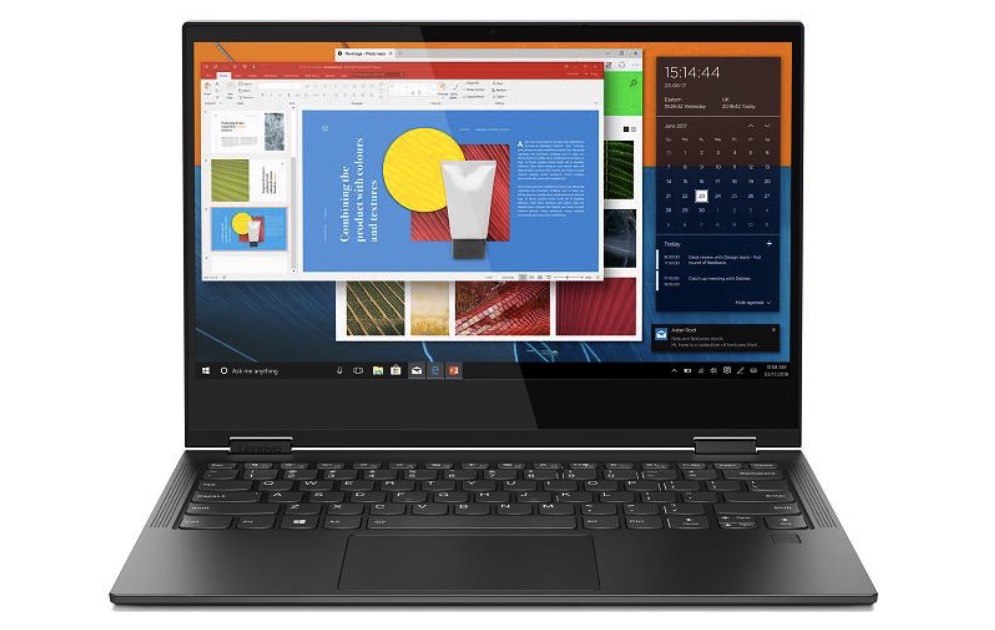 The Yoga C630 WOS — Windows on Snapdragon, if you need to know — is just one of the new laptops that Lenovo unveiled at IFA 2018 in Germany, a high-end device supposed to offer LTE connectivity and up to 25 hours of battery life (video playback).

Made of aluminum, the laptop has a slim 12.5mm profile and weighs just 2.6lbs (1.2kg). Because a Qualcomm chip powers it, the computer doesn’t need a fan, which means you’ll never experience any of that annoying fan noise that you might be familiar with from previous notebook experiences.

The Yoga C630 WOS also comes with an integrated Snapdragon X20 LTE modem that supports speeds of up to 1.2Gbps, if you’re lucky to get that kind of speed out of your LTE carrier.

Other specs include up to 8GB of storage, up to 256GB UFC 2.1 flash memory, stereo speakers, 2 USB-C ports, audio-jack, SIM card holder, and fingerprint sensor.

The laptop will start shipping in November in with prices starting at €999 in Europe and $849.99 in the US.