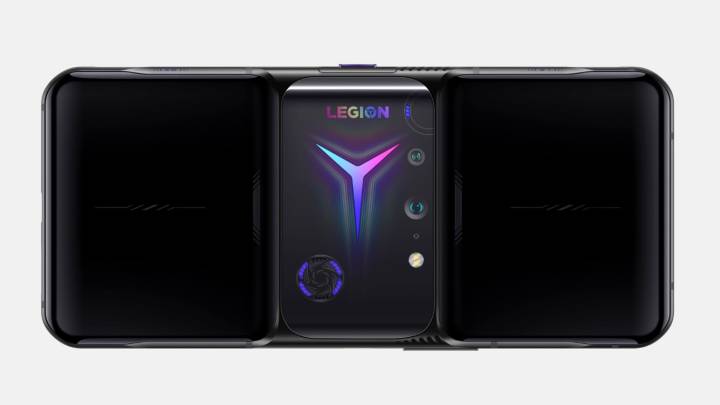 It was only a few weeks ago that Nubia launched a crazy Android phone featuring up to 18GB of RAM and an actual cooling fan, the likes of which you don’t usually see on mobile devices. But Nubia’s RedMagic 6 devices are gaming phones, so they have to offer sustained performance at peak levels and that requires various additional technologies to improve cooling. But the phones with one cooling fan are already old news, as Lenovo just launched a new gaming phone of its own that’s so powerful it needs not one but two fans to keep it cool.

The Legion Phone Duel 2 is a gaming phone designed to be used in landscape mode, which is how most mobile games are played. Its design symmetry made me think of Nokia N-Gage, a gaming platform devised for a mobile universe that was incredibly limited compared to what’s possible today on mobile devices. The first N-Gage ran Symbian nearly 20 years ago when it launched.

The Phone Duel 2 isn’t just about ergonomics, although the design is meant to improve gameplay sessions. Before we get to the gaming-specific features, let’s get the boring part out of the way.

Everything else was designed with gaming in mind. The phone’s logic board is placed in the middle third of the phone, which is also where you’d find the fans. That way, the heat dissipated by the fans doesn’t hit the user’s hands as it’s blown out of the phone. Aside from the Twin Turbo-Fan cooling, the phone also features a vapor chamber and graphite layers to improve cooling efficiency.

The symmetrical left and right sides of the handset each feature a 2,750 mAh battery, so the phone should feel well balanced. The device features two USB-C ports so charging doesn’t interfere with gameplay. It takes just 17 minutes to fill from 0 mAh to 4,500 mAh battery and 30 minutes for a full charge.

The 44-megapixel selfie camera pops up on the side, which isn’t a great position for regular selfies — but it works great in landscape mode. Other features that should help with gaming needs are the dual front-facing Dolby Atmos speakers and the 6.92-inch display, which features an AI-driven Pixelworks i6 processor to improve the visual experience in games.

As expected, all this tech comes at a steep price. The Legion Dual Phone 2 will cost €999 ($1,188) in Europe, and you’ll get a charging dock included in that price. A more affordable version of the handset, featuring 12GB of RAM and 256GB of storage will cost €799 ($950). The phone launches this month in China and in May across the Asia/Pacific as well as in Europe.