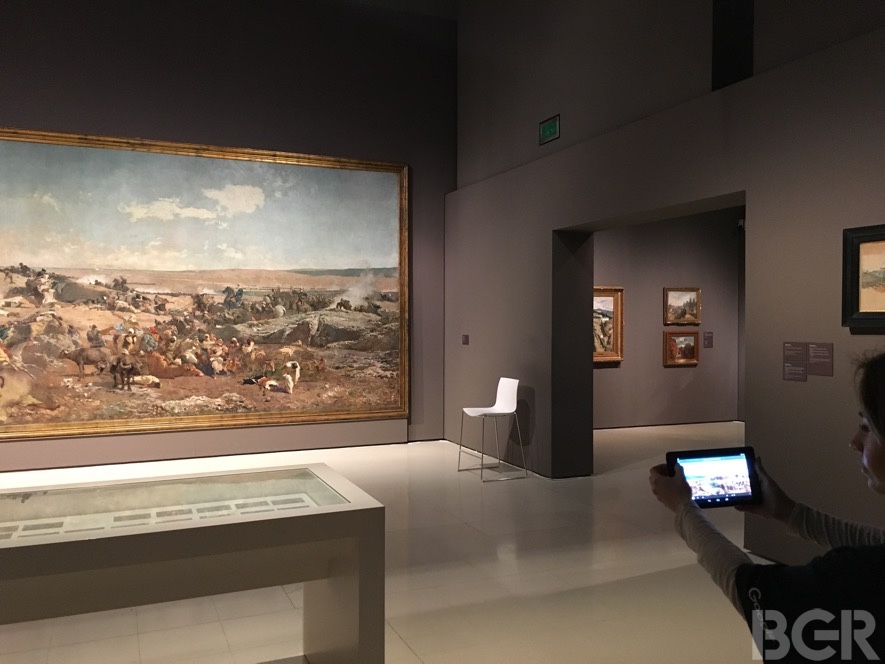 Navigation apps are some of my most frequently used mobile apps. But Google Maps, Apple Maps, and all the other maps apps out there can only do so much: They’ll get you to your destination with high accuracy, as long as you don’t have to find your way somewhere indoors. That’s where things can quickly go sour.

Navigating a crowded shopping mall, finding your loved ones in a museum abroad, or simply locating your favorite toothpaste in a new shop might be problematic and there’s no navigation app to help out. At least not yet.

But Google, whose Google Maps is one of the best outdoors navigation apps you can think of, is working on it. And Lenovo is there to help.

The impressive building is exactly the kind of place that people get lost in. But that’s where Project Tango devices come in handy, as they can be used to navigate indoor areas such as the Art Museum in Barcelona, but also crowded subway stations, shops, or stadiums.

With the help of customized software, the GuidiGO app for this demo tour, Project Tango devices will know where they are inside. They’ll know where your friends are and how to get to them. In fact, with a few taps on the screen, you’ll immediately navigate to a next destination, like a major waypoint in a museum.

That’s what Lenovo and Google demoed on Monday evening in Barcelona. It took Lenovo about an hour to map a section of a floor that was reserved for MWC demo purposes. They used Project Tango tablet devices to both map the interior and add AR content. You see, Project Tango apps will add layers of digital reality on top of the real thing. Among other things, the companies showed off Augmented Reality elements such as mark that tells you that you’ve arrived at your destination; a path on the ground that’s visible only to you via screen guiding you to your next waypoint; or virtual buttons on a painting that you can press to learn more details about that work of art.

In other words, absolutely any company could use the software to map a building or a venue, and then add layers of information to a specialized content management system. The end-user, when looking at an interior space through the lenses of a specialized Project Tango device, would have access to that content as he or she approaches it.

That sounds unusual, at least in theory for the time being, as there’s no hardware to put this type of software to good use.

During the tour, Lenovo tour guides assured us that there will be at least one Project Tango device for the masses available in stores later this year. The gadget will feature extra cameras needed to analyze a room and deliver the indoor-related content that users will appreciate.

One thing I wondered was how Project Tango usage affects battery life. It’s too early for an estimate – because we don’t have the hardware or the final software to do it – but hopefully, that won’t be a problem.

UPDATE: Added the name of the app used for the internal navigation demo, GuidiGO.