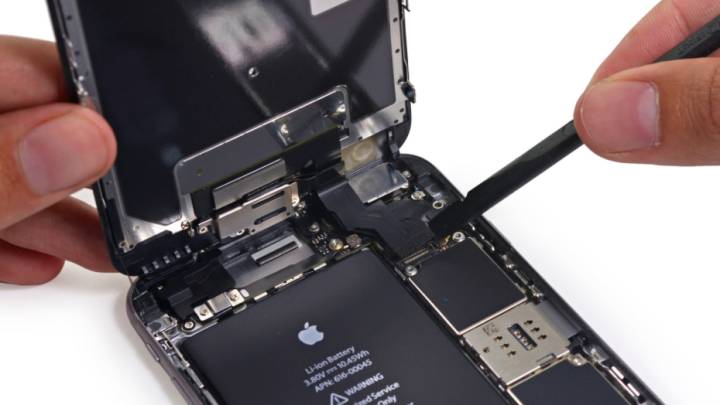 Can an old iPhone battery be responsible for a noticeable drop in overall performance? Some of you may already know what I’m talking about, the kind of iPhone slowness you start noticing soon after you install a brand new iOS version. Some people say Apple’s to blame, as the company is looking to convince customers to upgrade their devices by slowing down their existing iPhones. That’s just silly, of course.

It’s just a coincidence that you start noticing how slow an old iPhone is after installing a brand new iOS release right when a new iPhone launches. That’s because every major iPhone release is preceded by the launch of the latest iOS, which might include new features that older models struggle with. But a new finding indicates that Apple might be indeed to blame for slowing down certain iPhones. Before you get too worked up though, Apple only does it to make sure your iPhone doesn’t suddenly power down, which is an issue iPhone 6 and iPhone 6s users are all too familiar with.

Reddit user TecFire said that his iPhone 6s felt very slow even after updating the software multiple times. He then performed a Geekbench test to discover that single-core and multicore scores were way off, regardless of whether low power mode was enabled or disabled. Even when connected to a power source, the scores stayed down. They only reverted back when he swapped the old battery for a new one.

From what I can tell, Apple slows down phones when their battery gets too low, so you can still have a full days charge. This also means your phone might be very slow for no discernible reason.

It’s unclear whether this is an official Apple policy, but the Reddit user thinks it may have happened once the iOS 10.2.1 update fixed all those iPhone 6 and iPhone 6s battery problems.

Apparently, the way it did this is by dynamically changing the maximum clock speed relative to the voltage that the battery is outputting, so that your phone can’t draw too much power and shut down.

TechFire says the iPhone 5S isn’t affected by this issue. Moreover, iPhone 7 and newer models aren’t affected either, as they have low power cores that handle almost everything. The big cores only kick in when they’re really needed.

Mind you, this is just one iPhone owner’s finding. I for one have not experienced such issues on the iPhone 6s that I’ve been using for two years. Although I will say that I hadn’t performed any Geekbench tests before swapping the battery recently. It’s worth noting that others responded to the thread said the same thing happens with older MacBooks that experience battery issues, pointing people to a page on Apple’s support forums (see it here).

Read the full Reddit thread at this link, which contains instructions on how to check the status of your iPhone battery and how to replace it.