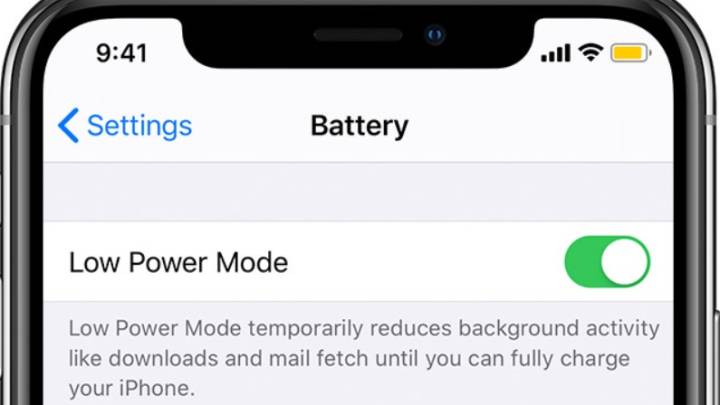 In all likelihood, the only time you’ve ever used Low Power Mode on your iPhone or iPad is when prompted to do so after your battery life dips below 20%. As Apple explains on its website, “Low Power Mode reduces the amount of power that your iPhone uses when the battery gets low.” In order to accomplish this, it reduces or affects a number of features, including email fetch, background app refresh, automatic downloads, 5G service, and more. But how much battery life can Apple’s Low Power Mode actually save? In fact, does Low Power Mode do anything at all?

These are the questions that YouTuber PhoneBuff tried to answer in a recent video, but the results of his first test were rather inconclusive.

Initially, PhoneBuff put one iPhone 12 through the channel’s standard battery test twice — once with Low Power Mode turned on, and once with it turned off. Although there were a few instances in which Low Power Mode iPhone pulled ahead, the phone ended up dying just five minutes later without Low Power Mode. The results of the first test seemed to suggest that Low Power Mode made little to no difference on the battery life. This called for more testing.

The second time around, PhoneBuff removed the standby test and made the iPhone run app tests for two hours instead of just one. After texting for two hours, the iPhone on Low Power Mode had saved just one percentage point, but after running the browser test — in which the phone has to open the same set of websites every 30 seconds — Low Power Mode saved an extra 3%. Two hours in the Gmail app saved another 1%, as did two hours of scrolling through Instagram. At this point, after 8 hours of testing, Low Power Mode has saved 6% additional battery life.

Finally, after seeing the most notable gains being made while the iPhone was performing processor-intensive activities in Low Power Mode, PhoneBuff set up a third and final series of tests. Each of the tests performed in this round put the processor to work, and right away, it was clear that Low Power Mode was affecting how quickly the apps were opening. After two hours of opening and closing apps, running in Low Power Mode kept the battery 5% higher. The browser test added another four points, and after eight hours of testing, the iPhone 12 was sitting at 1% battery life without Low Power Mode and 13% with Low Power Mode. So, to answer the question: Yes, Low Power Mode works.

This obviously isn’t a comprehensive test, and as PhoneBuff points out, Low Power Mode would likely have a more significant impact on an older iPhone model with a less efficient display. Nevertheless, at least we now have proof that Low Power Mode does something: