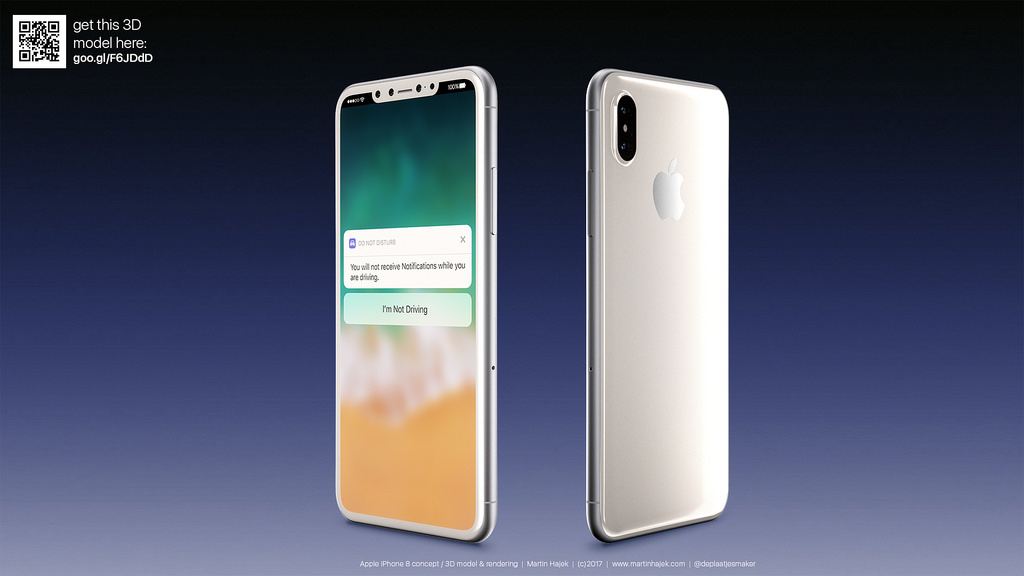 A variety of iPhone 8 rumors emerged over the weekend, talking about wireless charging as well as new color options, while a video showed us a hands-on preview of an iPhone 8 dummy unit. On top of that, we also have a questionable rumor from Asia that supposedly reveals a few interesting tidbits about the iPhone 8, including the phone’s name and an unexpected location for the fingerprint sensor.

We might refer to Apple’s hottest 2017 iPhone as the iPhone 8 when talking about it, but that’s probably not going to be the phone’s official name. iPhone Plus is not what we’d expect Apple to call it because it already uses the Plus moniker for the 5.5-inch iPhone. Think about it, iPhone 7s, iPhone 7s Plus, and iPhone Plus sounds silly, doesn’t it? That’s one reason why this Weibo rumor seems questionable — though it’s worth noting that no one is sure that the other two models will be called the iPhone 7s and iPhone 7s Plus.

There’s one other reason why this rumor isn’t necessarily sound right. According to this leak, the iPhone 8 would ship with wireless charging support in the box. But only the other day we heard from John Gruber, a well-connected Apple blogger, that wireless charging might not be ready in time for the iPhone 8’s launch. Gruber heard that the inductive charging accessory will be sold separately, and that the feature will be enabled once iOS 11.1 arrives.

Getting back to the Weibo leak, it also offers a few details that we’ve already heard from other sources. The report says the iPhone 8 will ship in a variety of colors, including a hue that would remind fans of the original iPhone — that seems consistent with a recent report. Furthermore, the same leak says the iPhone 8 will be available in 64GB or 256GB versions, which is also in line with previous rumors.

Finally, there’s one other exciting detail. The report says the Touch ID fingerprint sensor is still present on the iPhone 8, but it’s not embedded in the display or on the back of the phone. Instead, the sensor will be placed in that elongated home button on the side of the iPhone 8, according to this rumor.