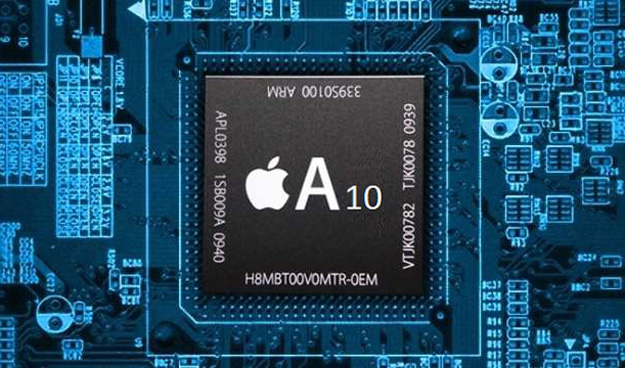 Apple famously has hundreds if not thousands of in-house engineers who work on chip design and the group’s work is becoming increasingly more impressive with each new iPhone release. Getting right down to it, the new A10 Fusion chip that powers Apple’s iPhone 7 is an absolute beast. While new iPhone models are always faster than their predecessors, Apple really outdid itself with the A10, both in terms of overall performance and power efficiency; as we were reminded in a new showdown on Friday, the iPhone 7 crushes leading Android phones.

When Apple introduced the iPhone 7, it boasted that the A10 Fusion is the “most powerful chip ever in a smartphone” and, truth be told, it’s hard to disagree. As a quick point of reference, consider this: the A10 chip is 40% faster than the A9 chip Apple used in the iPhone 6s. That’s a tremendous year-over-year improvement no matter how you look at it.

Since the iPhone 7’s release, a variety of testing has confirmed that Apple’s A10 Fusion processor is best in class. Most recently, microprocessor analyst Linley Gwennap of Mobile Chip Report recently said that the A10 “blows away the competition.”

Apple’s investment in custom CPU design continues to pay off, as the new iPhone 7 delivers better performance than any other flagship smartphone and outscores even some low-end PCs. The phone uses a new processor chip, the A10 Fusion, that contains not one but two custom CPU designs, representing Apple’s first foray into the Big.Little approach that many other mobile processors employ. The massive Hurricane CPU improves performance by 35% over the previous-generation Twister, boosting both the clock speed and the per-clock performance. The smaller Zephyr CPU helps the iPhone 7 extend battery life compared with its predecessor.

You might also remember that Anandtech had similar praise for the iPhone 7’s hardware, calling it “unparalleled and a cut above anything else in the industry.” Putting the iPhone 7 through any number of tests, the results speak for themselves.