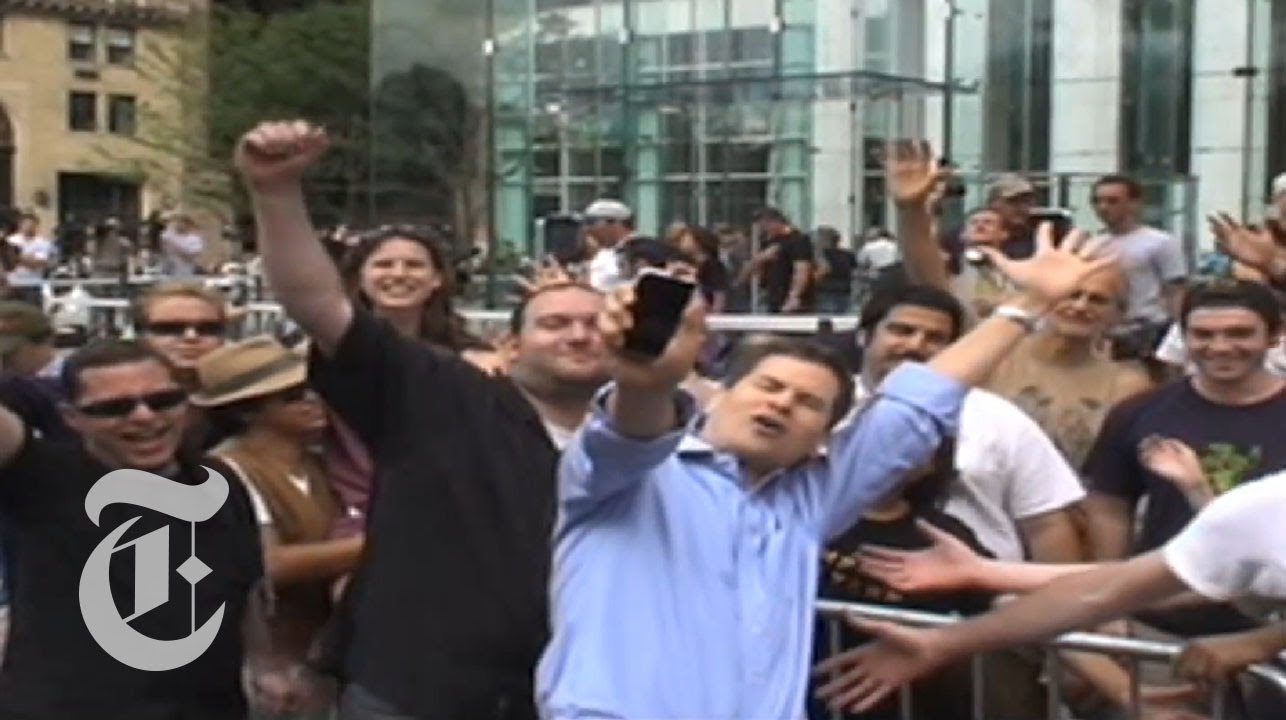 2007 was a more innocent time. Stephen Colbert was running for president, everyone was obsessing over Harry Potter and the Deathly Hallows, and American Idol was still in its sixth season. 2007 was also the year that Apple launched the first iPhone, and 10 years later, it’s fascinating to look back and see what the reaction was like to a device that would become a worldwide phenomenon.

For example: Did you know that the New York Times filmed a music video for the iPhone?

On July 5th, 2007, a week after the original iPhone launched, the Times shared a music video on its YouTube channel in which former NYT technology columnist David Pogue walks around New York City complaining about his current phone and singing about how much he wants an iPhone to the tune of Frank Sinatra’s “My Way.” It’s probably one of the strangest, most embarrassing relics of 2007.

I was speechless when I first ran across the video this morning, staring at my screen in disbelief as a dozen or so people shouted about the iPhone in front of the Apple Store on Fifth Avenue. Readers email us weekly accusing us of being paid off by Apple, yet we’ve never even considered the possibility of recording a music video to show off the company’s newest product. Times have changed, as has the Times.

Nevertheless, as cringeworthy as the video is in 2017, the spirit of the video lives on 10 years later, as we obsess over iPhone 8 leaks and rumors on a daily basis. In fact, the more I think about it, I really wouldn’t mind a 10th anniversary remake of this music video to coincide with the release of the iPhone 8 this fall.