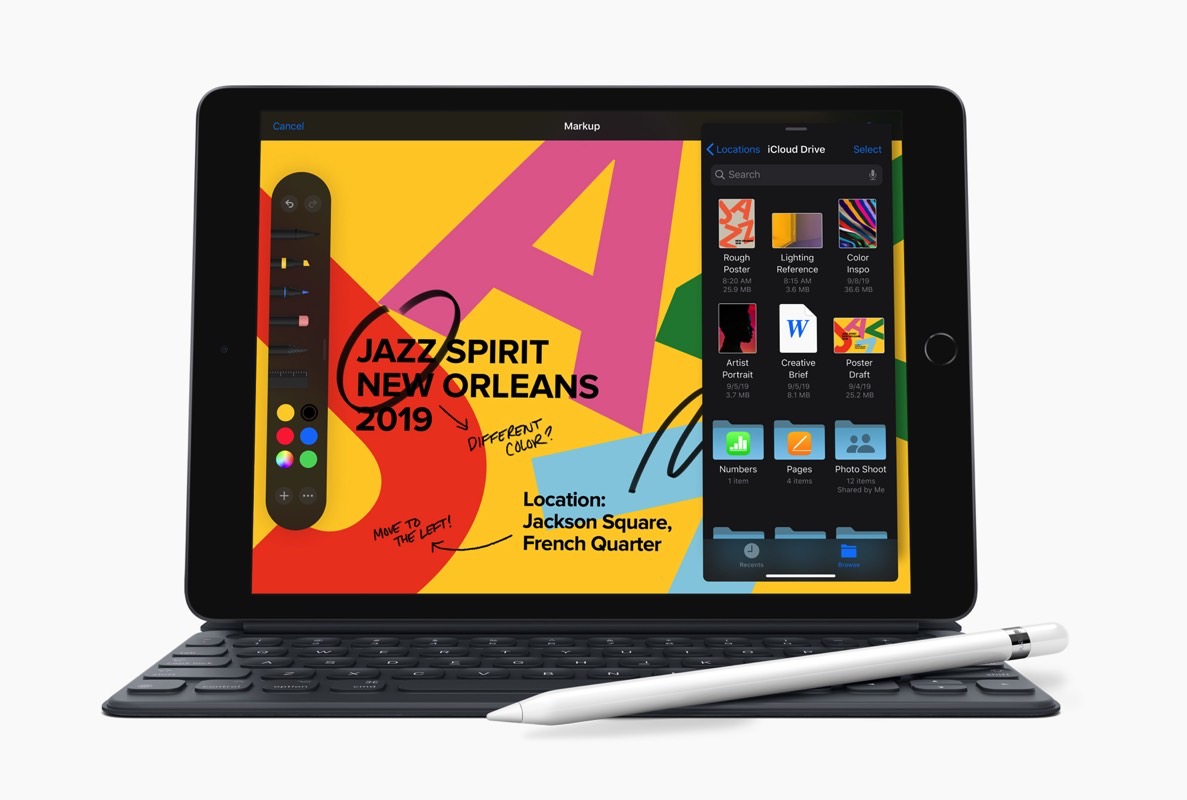 It’s the second Tuesday of September, which means it’s time for Apple’s yearly new iPhone conference. The show is underway at Apple’s headquarters, with the company having already unveiled pricing details for the Apple Arcade and + services ahead of the main attraction of the show, the iPhone 11 series. Then, the company introduced a brand new iPad model, which is a surprising move for an iPhone event. That’s the seventh-gen iPad, which comes in a 10.2-inch version.

The 10.2-inch Retina display is paired with Apple’s older A10 Fusion chip, which Apple says is twice faster than some of the top-selling PCs out there. It also comes with a built-in Smart Connector, which connects to keyboard accessories.

Interestingly enough, the tablet is made of 100% recycled aluminum, which is quite an achievement for Apple.
The 10.2-inch iPad will cost just $299 if purchased by students and teachers, or $329 if you’re a regular consumer. The tablet will be available to order on Tuesday, and it’ll ship on September 30th with iPadOS on board.

Apple announced earlier during the event that every new iPhone, iPad, and Mac purchase will come bundled with a free year of + subscription, which is a $60 value. The streaming service costs $4.99 and is available for the entire family.

The cellular version starts at $459, but the cheapest versions do ship with just 32GB of storage on board. You’ll have to shell more cash for the 128GB models.

Also, the new iPad comes with first-gen Apple Pencil support, which costs $99, while the Smart Keyboard is priced at $159.