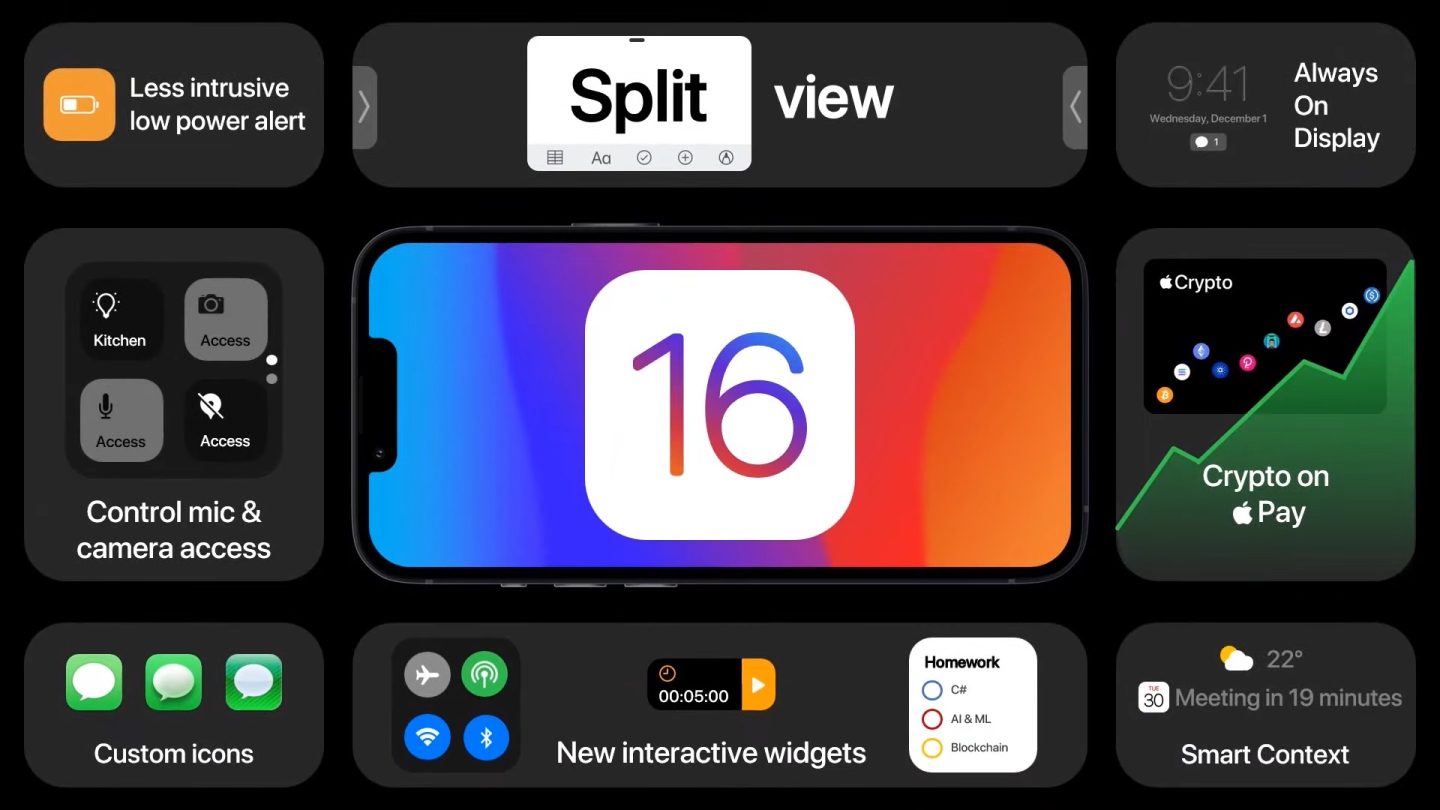 Apple is constantly iterating and innovating on the software it designs for the iPhone, iPad, and Mac. Some changes are easier to spot than others, such as the widgets in iOS 14 or the new Focus options in iOS 15. But no matter what Apple adds, iPhone owners always want more. That’s why artists have been mocking up their own takes on new versions of iOS for years. These are usually pie-in-the-sky visions. And last week, a new iOS 16 concept made its way online that certainly fits the bill.

Kevin Kal (aka the Hacker 34) has been designing concepts for years. This year alone, he has shared concepts for AirPods 3, Windows 11, and the rumored Google Pixel Watch. Last week, he published a new concept video revealing his hopes and dreams for iOS 16, and though it’s hard to imagine Apple including many of these features, it’s still fun to see creators let their creativity run wild:

New features we want to see in iOS 16

The first feature that Kal highlights in his video is the always-on display. This is one feature that Apple has yet to bring to its mobile devices. Being able to check the time and check for notifications without actually interacting with an iPhone would be welcome. Having to tap my iPhone to see if I missed any calls, texts, or emails whenever I leave the room is an inconvenience I could do without.

Kal also imagines an iOS 16 where multitasking would get a significant upgrade. Imagine being able to open one app on top of another and having them interface with one another. He has also mocked up a new app dock that would slide over from the side of the display. You could then drag the apps from the dock onto whichever part of the display you want to open them.

Of course, the stars of the show in the iOS 16 concept are interactive widgets. The addition of widgets was among the highlights of iOS 14. Unfortunately, Apple’s iOS widgets are considerably less capable than Android’s or any desktop operating system. They aren’t nearly as interactive, and often serve as little more than nice-looking shortcuts to specific parts of apps. What if you could actually edit notes, play and pause music, or start a timer right from the Home Screen? You can on Kal’s iOS 16.

Some of the other notable new features in the Hacker 34’s iOS 16 concept include:

We aren’t sure which, if any, of the features Kal included in his iOS 16 concept will be available in the real iOS 16. That said, there are plenty of great ideas here, especially the interactive widgets.

Apple will likely reveal iOS 16 during WWDC 2022 next year, which should take place in June.