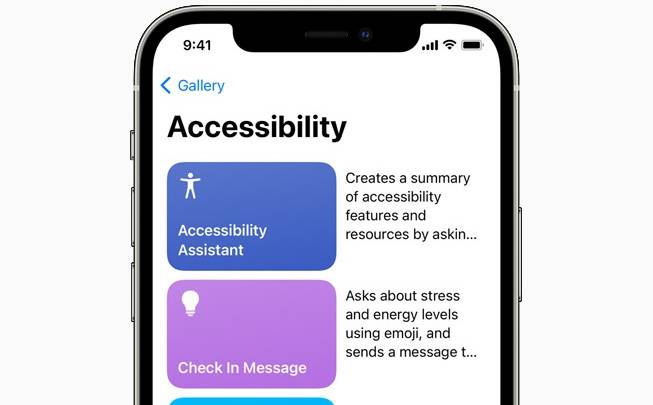 Apple rarely discusses anything that it’s working on until it’s ready to announce a release date, but on Wednesday, the company surprised all of us by sharing a collection of features that are presumably coming to the iPhone and iPad in iOS 15. With WWDC 2021 just a few weeks away, it won’t be long until Apple rolls out the red carpet for its next major mobile software update, but a new press release gives us a sneak peek at what’s to come.

Specifically, the features Apple announced in its press release are “designed for people with mobility, vision, hearing, and cognitive disabilities.” Apple wants more people to be able to use all its products comfortably, and these new features should help the company achieve that goal.

First on the list is AssistiveTouch for watchOS, which will allow Apple Watch owners with upper body limb differences to use the device more easily without ever having to actually touch it. With the built-in motion sensors, optical heart rate sensor, and machine learning, Apple Watch can detect subtle movements, allowing users to navigate watchOS with hand gestures.

Apple is also bringing support for third-party eye-tracking devices to iPad, allowing users to control the tablet with nothing but their eyes. Once the update drops, compatible MFi devices will track where a user is looking on the screen and the pointer will then follow their gaze. Extended eye contact on a specific area of the screen will allow users to perform an action.

VoiceOver, Apple’s screen reading tool, is getting an upgrade later this year as well. The tool can now provide even more details about an image on the screen, including people, text, table data, and other objects. It can even describe a person or object’s position in the image. Also, Apple is adding support for new bi-directional hearing aids to its MFi hearing devices program. Plus, support for recognizing audiograms is coming to Headphone Accommodations.

Other upcoming features for iOS and iPadOS include calming background sounds in support of neurodiverse users, mouth sounds for actions in Switch Control, the ability to customize display and text size settings for individual apps, and new Memoji customizations to better represent users with oxygen tubes, cochlear implants, and a soft helmet for headwear.

Apple’s senior director of Global Accessibility Policy and Initiatives, Sarah Herrlinger, had this to say:

At Apple, we’ve long felt that the world’s best technology should respond to everyone’s needs, and our teams work relentlessly to build accessibility into everything we make. With these new features, we’re pushing the boundaries of innovation with next-generation technologies that bring the fun and function of Apple technology to even more people — and we can’t wait to share them with our users.

Apple didn’t actually mention iOS 15 or iPadOS 15, but said that all of these features will be available “later this year.” Apple is expected to launch iOS 15 alongside the iPhone 13 in September.