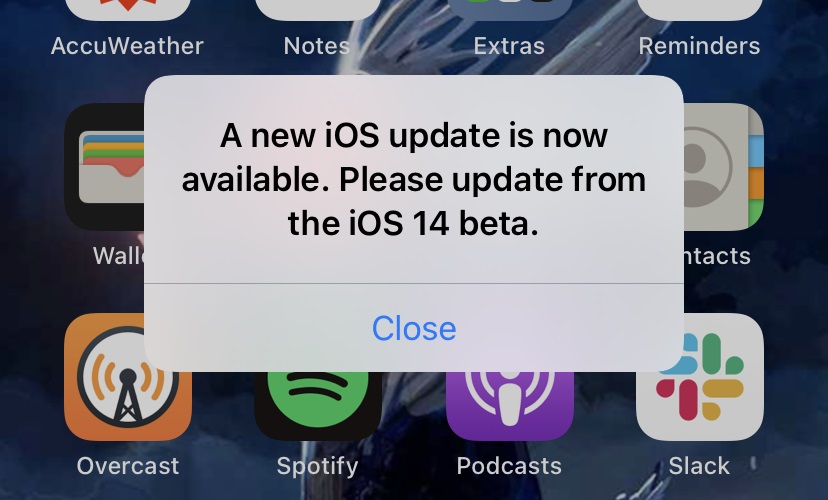 Apple began seeding the golden master version of iOS 14.2 to developer and public beta testers on Friday afternoon. It’s a rather large update, but most importantly of all, it fixes a wildly annoying update which was causing beta testers to see a pop-up alerting them that a new (non-existent) update was available every time they unlocked their phones. It was affecting most of us here at BGR, and we’re desperately refreshing for the GM now.

In addition to this vital bug fix, the update also adds over 100 new emoji and 8 new wallpapers, adds support for the iPhone 12 Leather Sleeve with MagSafe, and brings optimized battery charging to AirPods to slow the rate at which the battery ages by reducing the time they spend fully charged.

Apple’s iOS 14.2 GM is now available, alongside the corresponding iPad software update, iPadOS 14.2 GM. If you’re wondering whether or not your device is compatible with iOS 14 or iPadOS 14, we put together a complete list below that shows every compatible device. If your device is on there, you’re good to go:

Here are Apple’s full release notes for the iOS 14.2 golden master version, which is rolling out now:

iOS 14.2 includes the following improvements for your iPhone:

You might not see the update right away, but it should be rolling out to everyone this afternoon.