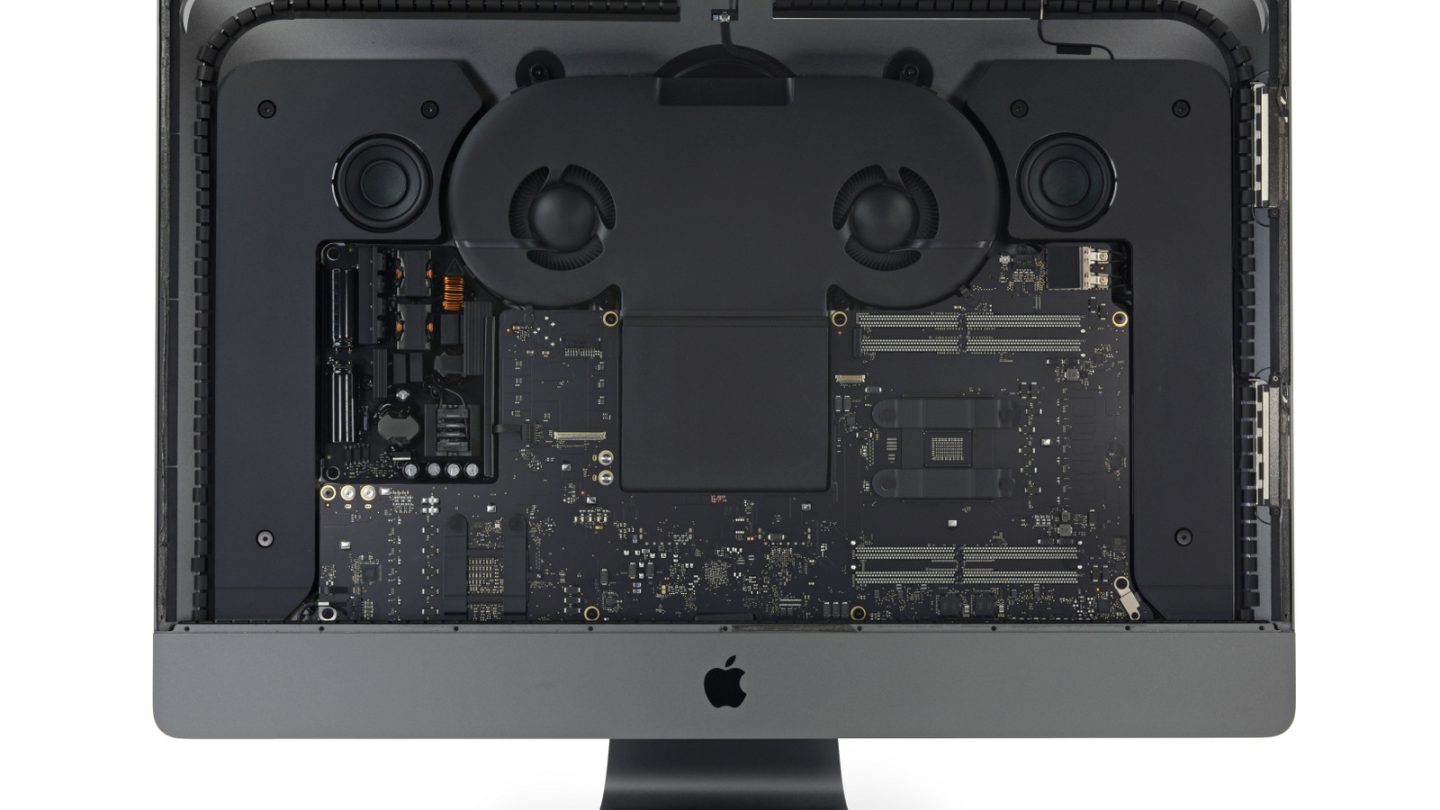 Just as fans began to doubt Apple’s commitment to computer hardware last year, the company revealed the iMac Pro — a beast of a desktop that launched to critical acclaim in December. Thanks to early reviews, we know how well the iMac Pro runs, but on Tuesday, we learned more about its inside from iFixit’s teardown report.

After unboxing the computer, the first step for iFixit was to remove the display. This is a fairly simple process, and as iFixit puts it, “if you can use a pizza cutter, you can open an iMac Pro.” Inside is a stunningly organized arrangement of components, which you can see for yourself at the top of this post.

While the iMac Pro shares a great deal in common with the latest 27-inch iMac Retina 5K, there are a few important distinctions between the two machines. First of all, Apple has removed the external RAM access hatch, which means you’ll have to pry the iMac Pro apart if you want to replace a RAM module. But the removal of the hatch has allowed Apple to place a huge rear vent on the computer, leading to an 80% increase in cooling capacity.

Of course, the real reason that we read iFixit’s teardowns is to find out how easy it is to repair a device. With a repairability score of 3/10, iFixit found the iMac Pro to be just as difficult to repair as most of Apple’s products. The dual SSDs may be modular, but their custom-made which complicates the replacement process. Cutting the tape to open the Pro is relatively simple, but you have to replace it when you put it back together. And while the loss of the RAM hatch is understandable, it makes RAM upgrades significantly harder.