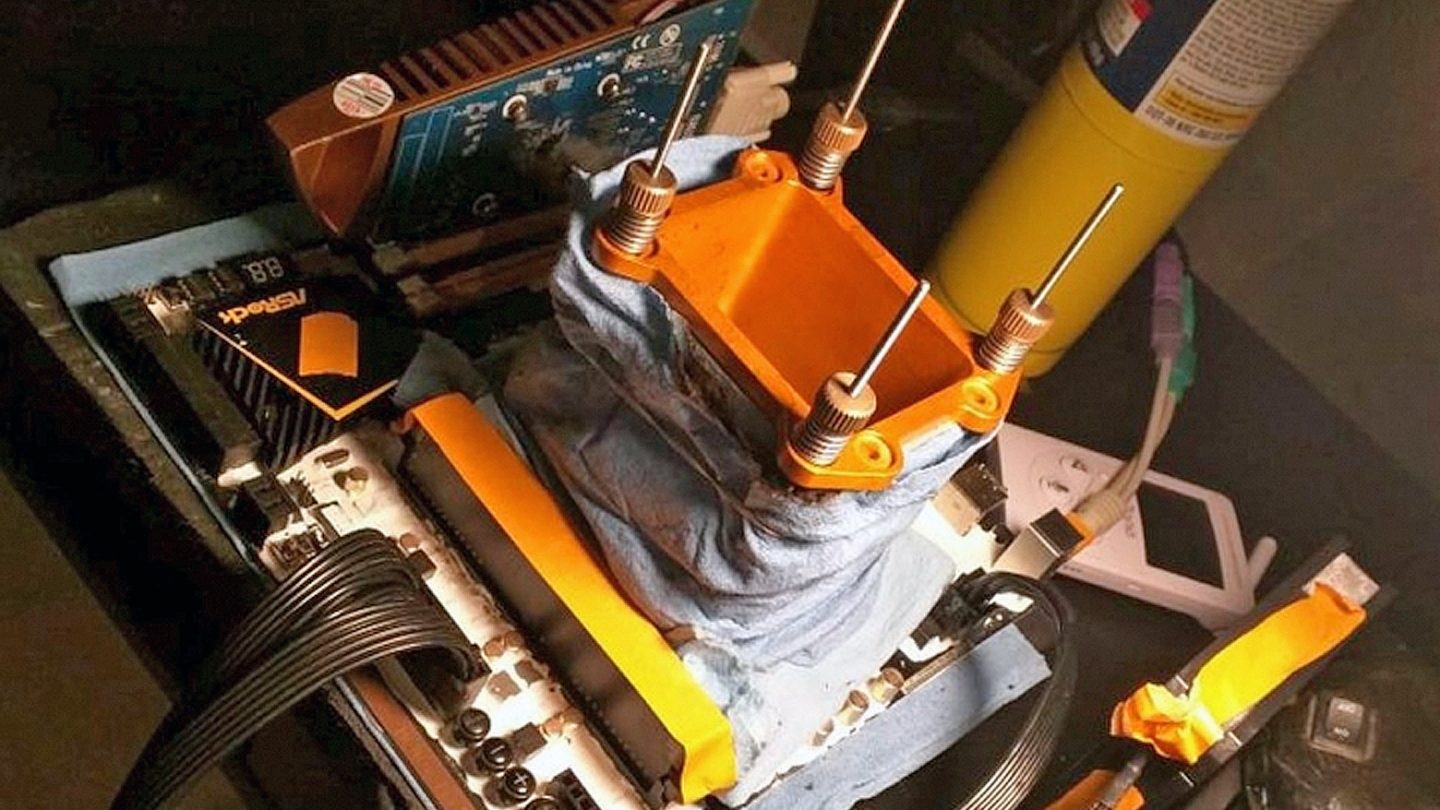 Intel’s much-anticipated high-performance Kaby Lake processors are almost here, which means anyone with a PC built for gaming or other heavy lifting tasks will have to decide whether or not it’s time for an upgrade. The i7-7700k chip, which will likely succeed the 6700k as being the go-to for overclockers and enthusiasts, will definitely be in high demand, but just how much room is there for tweaking? Well, if you happen to have a bit of liquid nitrogen sitting around, the answer is a whole lot.

OCLab reports that noted overclock guru Allen “Splave” Golibersuch managed to snag one of the processors early and took the opportunity to really push the 7700k to its absolute limits. Not satisfied with the chip’s stock clock speed of 4.2GHz, he hooked it up to a cooling system that any PC builder would envy: liquid nitrogen.

With the super-cooled setup working to suck as much heat from the chip as possible, Splave managed to overclock the 7700k to a stable 7GHz. However, that impressive feat does come with a pretty significant drawback; overclocking to such an insane degree requires that all but two of the cores of the chip be shut down. Still, that’s a mighty fast processor.

Now, unless you’re planning on buy stock in a liquid nitrogen corporation, there’s a good chance you won’t get anywhere close to a 7GHz overclock out of the 7700k, but with that much headroom it’s likely possible to push most chips past 5.5GHz with some decent water cooling.

As with all overclocks, each chip will behave differently and even if you buy two 7700ks on the same day in the same store, they’ll each likely perform slightly differently when overclocking. Still, a 7GHz overclock is a great sign, so prepare your wallet for when the chip lands at your local PC shop in the coming weeks.