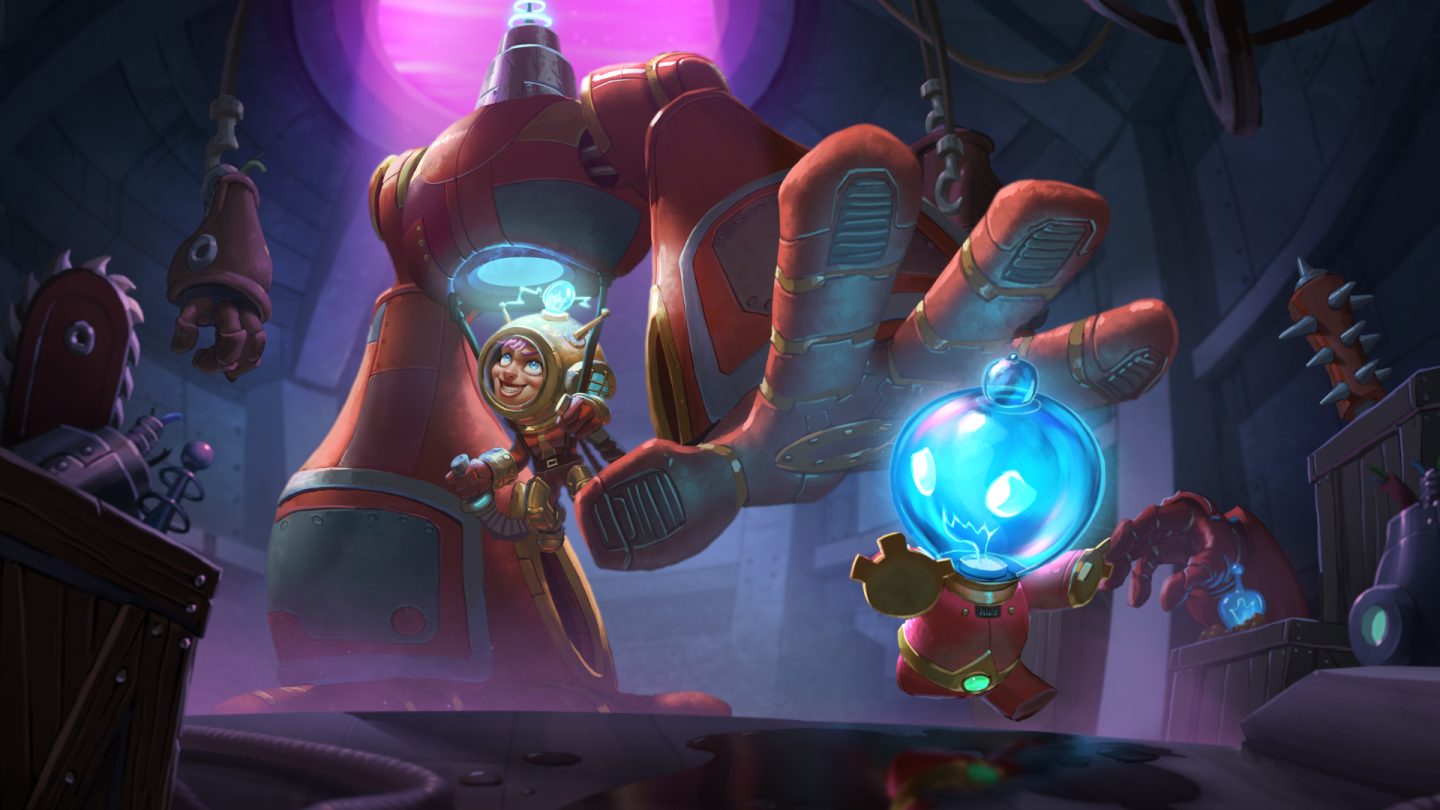 One of Hearthstone’s most divisive and hilarious creatures is returning next month, bringing with him 135 new cards, new gameplay mechanics, a new single-player mode, and a new game board. On Tuesday, Blizzard announced The Boomsday Project, which will be the second Hearthstone expansion of 2018.

The biggest change that Dr. Boom (that nefarious creature I mentioned earlier) is bringing to the game are the first ever Legendary spells. Legendary creatures have existed in the game from the outset, but this summer expansion will be the first time we see all-powerful spells being cast in matches. There are also Projects, which provide bonuses to both players, and Omega cards, which offer powerful bonuses when played at 10 mana.

The Boomsday Project will also introduce a new keyword: Magnetic. Players can use Magnetic cards to merge Mech minions, combining their attack, health, and abilities to create an exponential more powerful minion.

For those of you who prefer single-player content to vicious competitive challenges, Blizzard has you covered. The Boomsday Project also includes a new mode called The Puzzle Lab, which is exactly what it sounds like. The Puzzle Lab will feature over 100 puzzles, including Lethal puzzles, which challenge players to win the match from a specific board state, and Survival puzzles, in which players must survive with the odds stacked against them.

The Boomsday Project will be available on August 7th, and you can preorder a 50-pack bundle that includes a free golden Legendary and the Mecha-Jaraxxus card back for $49.99, or the 80-pack Mega Bundle with all of the above as well as the Mecha-Jaraxxus Warlock Hero for $79.99. The Puzzle Lab launches on August 21st.