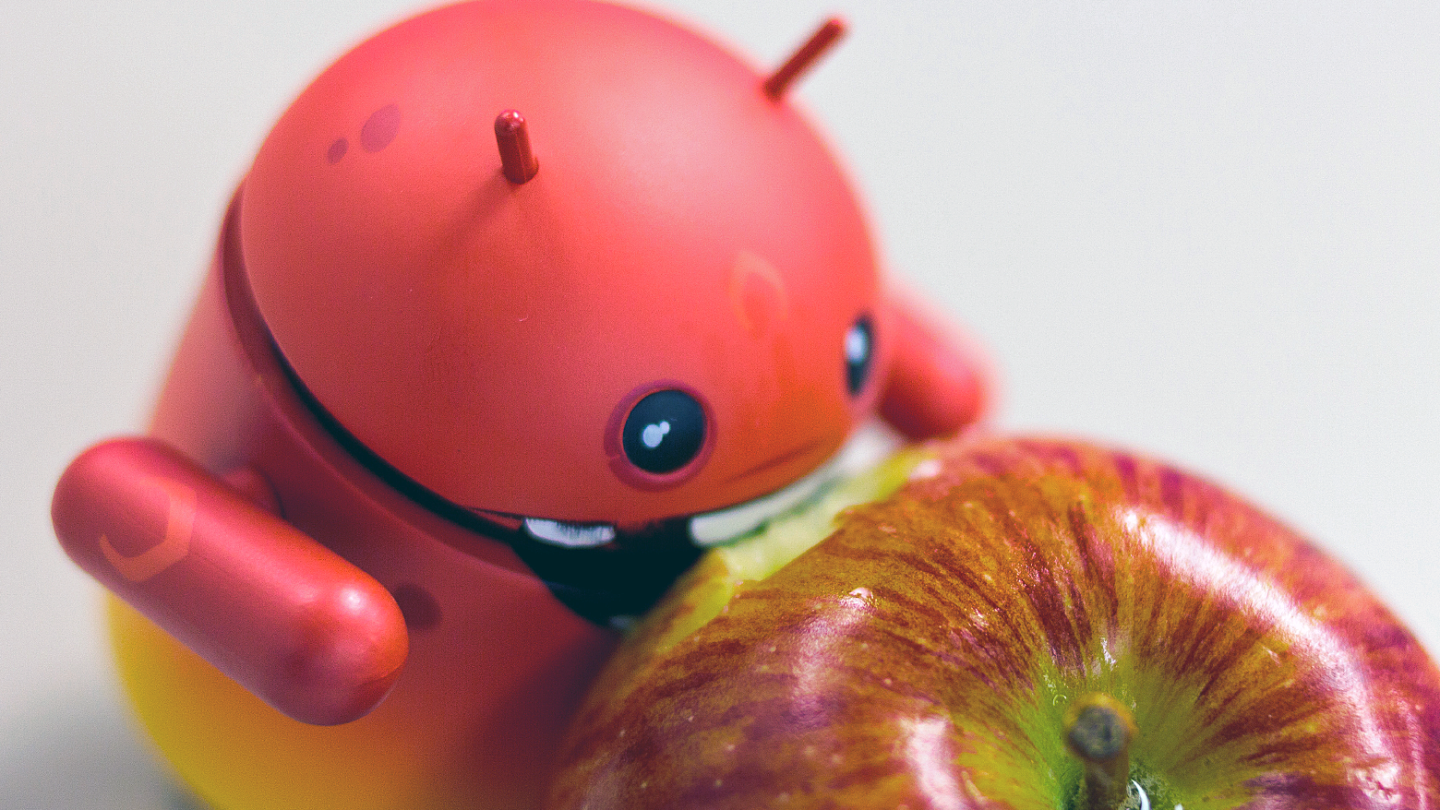 Google and Apple have been at war in the smartphone space for, well, pretty much since smartphones have existed. With that in mind, it’s not exactly a surprise that Google would make reference to Apple’s iPhone during it’s big Pixel 2 debut event today, but how they went about it was a real stroke of genius.

While talking about the huge list of new features the Pixel 2 sports — including an upgraded camera, “Active Edge” Google Assistant activation, and a new always-on display — Google’s Mario Queiroz took the opportunity to take a swipe at the feature disparity between Apple’s iPhone and iPhone Plus lineups.

“Feel free to choose whichever size Pixel you prefer, because you’ll get the same great experience on both,” he said, setting up the obvious slam dunk to follow. “We don’t set aside better features for the larger device.” After a pause of a couple of seconds, the audience couldn’t hold back its laughter, and began to cheer, at which point he had to stop to accept his round of applause.

It might seem like a cheap shot, but it’s a totally valid point. Apple has historically held specific features for its Plus models to go along with their larger size (and higher price), which has made choosing the right size a chore. Those who prefer a smaller phone but don’t want to miss out on the newest features are left with a pretty difficult decision. Google looks to eliminate that issue with the feature parity of its Pixel 2 devices.

It is of course in Google’s best interest to make its phones as appealing as possible in both sizes, as it obviously has to do a lot more work convincing consumers to choose its hardware over that of Samsung and, of course, Apple. The new Pixel 2 looks like a solid successor to the first Pixel smartphones, so it’ll be interesting to see how adoption compares to the first generation.