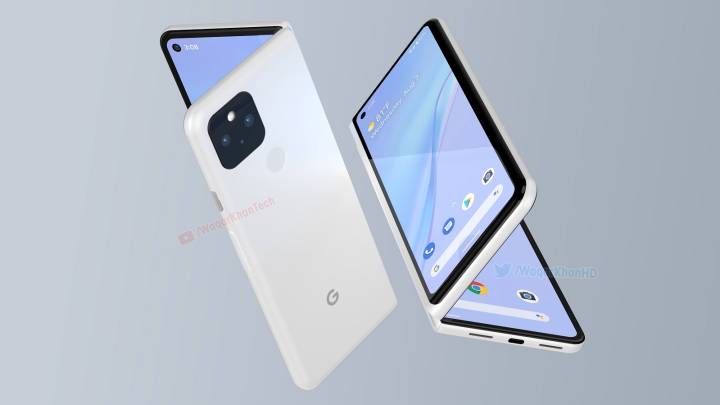 Reports from distinct sources claimed earlier this year that Google is developing a foldable Pixel phone. Google’s own code in Android 12 revealed a mysterious Pixel handset that was previously associated with Google’s foldable Pixel handsets. But that’s not enough to confirm that Google is indeed looking to release a foldable phone this year. Google could be testing any number of Pixel prototypes that have to support the latest Android updates.

A brand new report from Korea says that Google is one of the various Android device makers that are looking to launch foldable phones by the end of the year. Samsung Display will mass-produce the OLED panels that Google will use for the Pixel Fold.

Korean outlet TheElec reports that Samsung will start mass-producing the foldable OLED screens in October for three distinct customers. Aside from Google, Chinese smartphone makers Vivo and Xiaomi will employ the Samsung screens in foldable handsets this year.

The report says that the three companies plan to unveil the foldable handsets in the fourth quarter of the year.

The Pixel Fold, which is what the unreleased Google handset is routinely called, will feature a 7.6-inch in-folding display panel. That means the handset will fold inwards, just like the Galaxy Fold designs.

The Elec says that Vivo will have a foldable 8-inch screen with a 3.4-to-3 ratio and an external 6.5 display. Vivo will source only the foldable screen from Samsung, with Chinese screen maker BOE to manufacture the external display.

Samsung will also mass-produce only the foldable display for the Xiaomi foldable, with CSOT developing the external display. Xiaomi already launched a Mi Mix Fold smartphone a few months ago that’s significantly cheaper than its biggest rivals from Samsung and Huawei.

Oppo has also been working with Samsung for a clamshell foldable display panel similar to the Galaxy Z Flip. Oppo has pushed back the design to 2022.

The Elec’s report doesn’t provide additional details about the Pixel Fold’s release date or specs, aside from listing Google as one of Samsung’s new buyers of foldable displays.

However, a separate story from Korean media said last week that Samsung has decided to make its Ultra Thin Glass (UTG) technology for foldable phones available to third-party smartphone vendors. Samsung launched UTG previous year, using it for both the Flip and Fold 2. This year’s second-gen UTG panels will equip the Flip 3 and Fold 3, bringing S Pen stylus support to the latter.

ETNews claimed last week that Samsung is expected to supply OLED screens with UTG covers for a “foldable smartphone that Google is preparing.” The report didn’t offer any launch estimates for the Pixel Fold, however. Google is expected to launch the Pixel 6 during a Made by Google event in early October, assuming the company sticks to its traditional Pixel launch schedule. That’s where a foldable Pixel might be introduced, although that’s just speculation at this point.