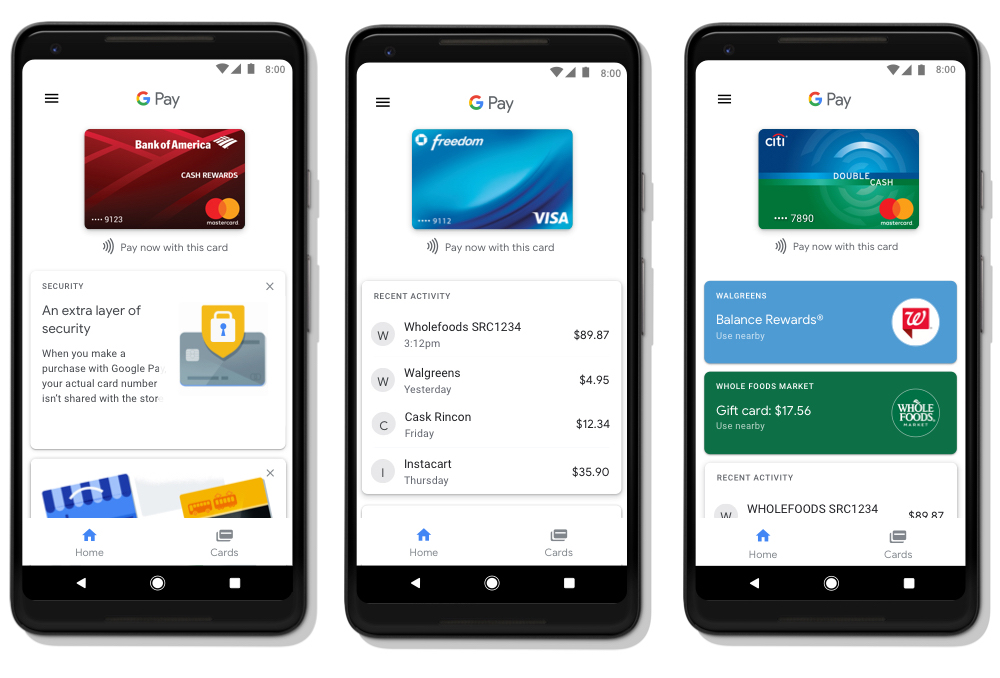 Earlier this year, Google announced that it would combine Android Pay and Google Wallet into a single service called Google Pay. On Tuesday, the rollout of the official Google Pay app finally began, simplifying the process of completing payments on an Android device while cleaning up the interface and making transactions more secure.

Some of the highlights of the new Google Pay app include a Home tab with recent purchases and nearby stores, and a Cards tab to see all of the credit, debit and gift cards you have on file. You can also pay transit fare with Google Pay in certain cities, and you can choose Google Pay at checkout rather than filling out payment forms.

While Google has rebranded its Wallet app (which lets you to send and request money) as Google Pay Send for now, this feature will eventually be baked into Google Pay as well. Google consumer payments team points out that this is just “one part” of what it has planned for payment solutions, but it’s certainly not a bad start.

You can find the Google Pay app on the Google Play store right now, as it has replaced the Android Pay app. If you already have the Android Pay app installed on your phone, all you have to do it wait for the update to hit and you will see all of the changes that Google has made to the app with the rebranding.

Google Pay may be functionally similar to its predecessor, but the decision to combine multiple services and products into a single app is a welcome change for Android users. Google has struggled to bring its seemingly countless messaging services under one roof in recent years, but perhaps this is a sign of things to come.