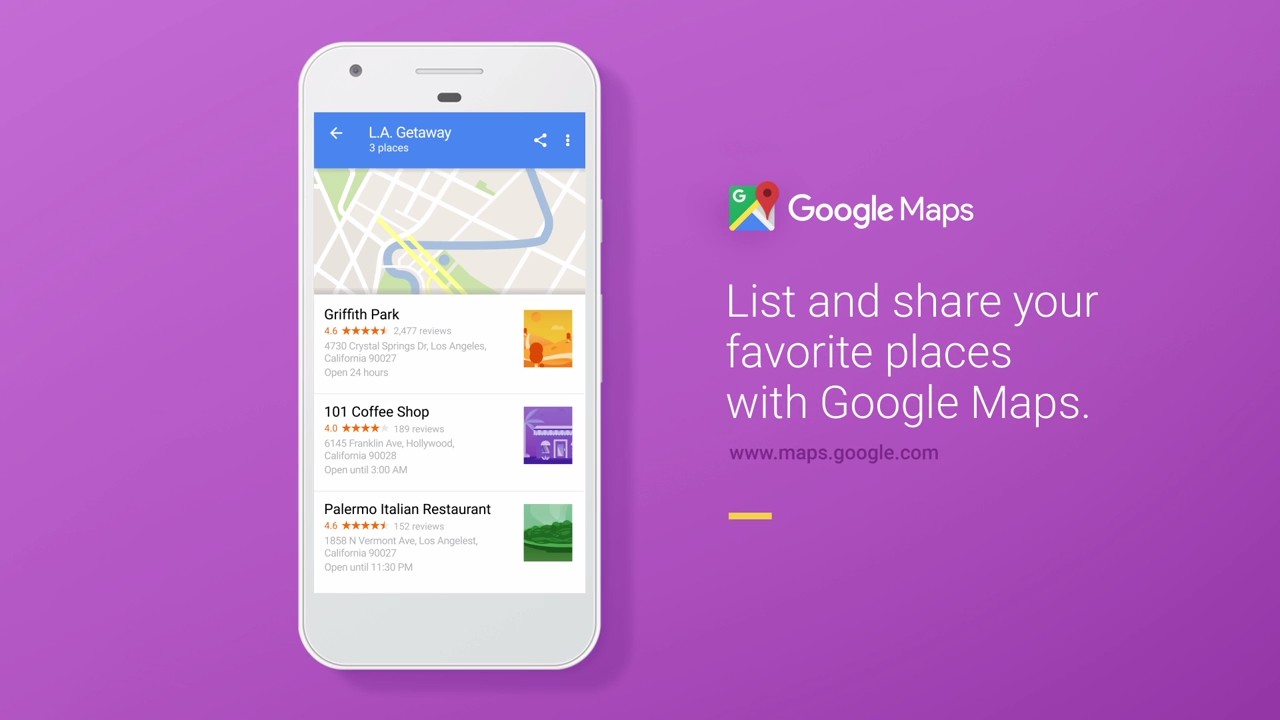 Google Maps is becoming a more social app this week as Google rolls out a new feature that allows users to create lists of places and share them with their friends. Originally introduced in an update for beta users last summer, the lists feature will make it easier to keep track of places you’ve been, places you want to visit and places you want your friends and family to check out when they head to a place you love.

In order to begin creating a list, just open up the Google Maps app on your mobile device and search for a place you want to add to a list. Once you’ve located it on the map, tap on its name to open a page for the place. From there, tap on the “Save” icon. This will open a menu at the bottom of the screen with all of your lists. Pick one of the preset lists or a list you’ve created yourself and the place will be added.

If you want to create a new list or edit your old lists, you can access them by opening the menu in Google Maps and navigating to “Your places.” Go to the “Saved” tab and from there you can see all of the customizable lists and decide whether or not you want to share them with others. Lists are viewable on mobile and desktop versions of Google Maps, and can even be accessed while you’re offline.

In case those instructions weren’t clear enough, you can see an example in the following video: