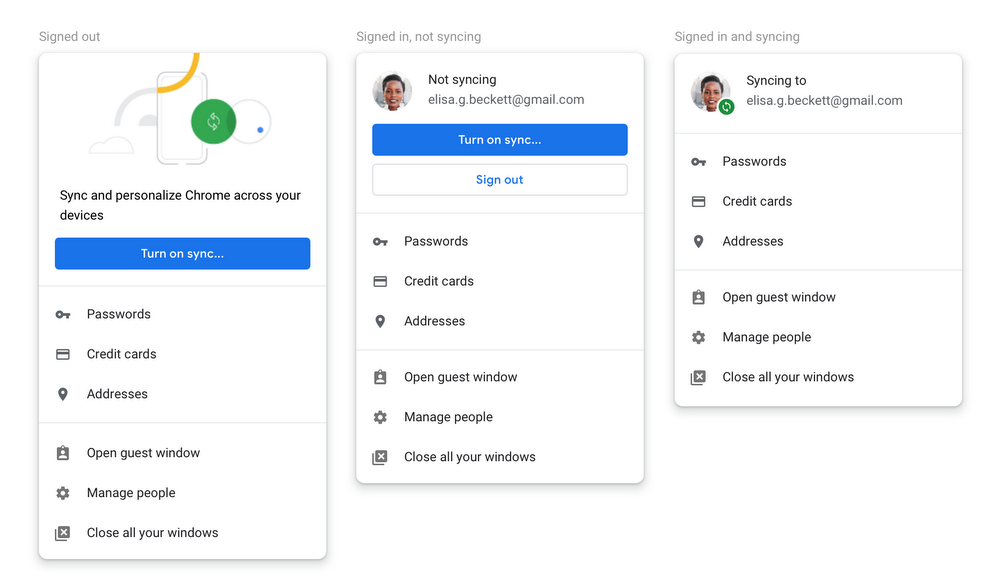 In addition to introducing one of the most significant visual overhauls Chrome had ever seen earlier this month, the Chrome 69 update also added a variety of new features, some more notable than others. Many of the changes were welcome, improving the experience of browsing on Chrome, but one in particular has been the subject of controversy ever since it was discovered. In Chrome 69, any time you sign in to a Google website, you’ll be automatically signed into your Google account on the Chrome browser as well. Unsurprising, this ruffled some feathers.

In a blog post on Tuesday, Google revealed that it will be adjusting this system in its next update based on feedback from users. But first and foremost, Google wants to make sure everyone understands that even when you are signed into your Google account automatically, it does not mean that Chrome sync (which includes your history and activity) is enabled as well. You still have to manually turn on this feature if you want it active.

As for the sign-in controversy, Google is adding a control in the Settings menu that will make it easy for anyone who is uncomfortable with the prospect of being forced to sign in on Chrome to turn the feature off.

“While we think sign-in consistency will help many of our users, we’re adding a control that allows users to turn off linking web-based sign-in with browser-based sign-in—that way users have more control over their experience,” says Zach Koch, Chrome Product Manager, in a blog post concerning the changes featured in Chrome 70. “For users that disable this feature, signing into a Google website will not sign them into Chrome.”

Other changes include an updated UI that will make it easier to know if sync is enabled or not (and will make it easier to turn it on or off) and the ability to clear authentication cookies (which has been another sticking point for users since the update). Chrome 70 should begin rolling out in mid-October. And if you’re unhappy with the redesign that shipped alongside Chrome 69, we have some simple instructions you can follow to change it back.