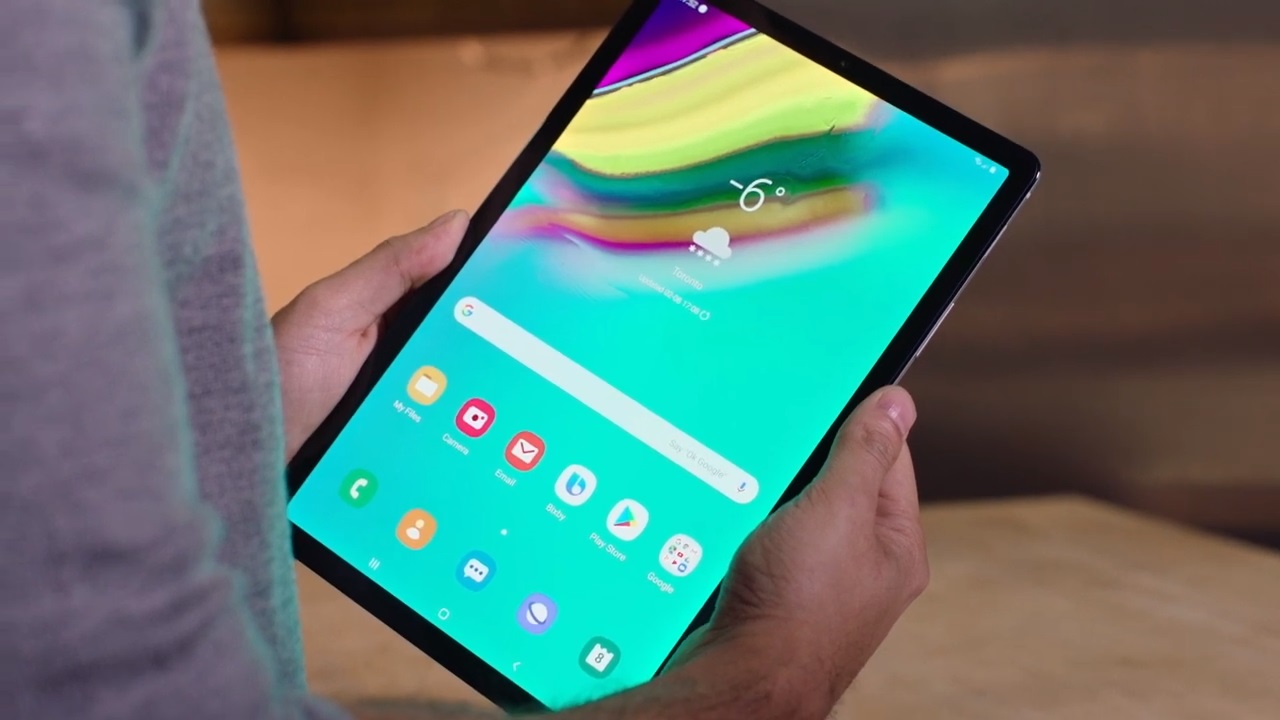 Samsung isn’t done making high-end tablets and recent rumors revealed the company has been working on an iPad Pro alternative that will deliver a bunch of nifty tricks, including features that aren’t available on any other tablets. A brand new leak confirms some of these unique Galaxy Tab S6 features, revealing other details about Samsung’s upcoming device as well — including one that’s very odd, to say the least

The new information comes from Android Headlines, which scored supposed press renders of the tablet. As you can see in these images, the Galaxy Tab S6 will come in at least three colors, packing an interesting design on the back. There’s a stylus groove beneath the camera that will house the new S Pen stylus externally. According to the report, the stylus will attach to the tablet magnetically, which is a weird design decision since it’s just begging to be lost. Oh yeah, there’s also a dual-lens camera on the back, a first for a tablet.

The Galaxy Tab S6’s front design features minimal, symmetrical bezels, and the screen might incorporate an in-display fingerprint sensor, although the blog could not verify that particular rumor. It’s either an in-display fingerprint sensor or nothing, however, as there aren’t any components that would support any kind of iris or face recognition.

One Galaxy Tab S6 surprise that not everybody will appreciate is the lack of a headphone jack. The tablet packs a regular USB-C port as well as four AKG-tuned speakers. But the aging audio port is gone from this tablet. Remember when Samsung slammed Apple over and over again for ditching the dedicated headphone jack back in 2016? Remember when we said Samsung was putting its foot in its mouth yeat again? Yeah.

The S Pen stylus has a new design compared to the Galaxy Tab S4’s S Pen, and it should support wireless charging and Bluetooth connectivity. The tablet is expected to feature high-end specs like a 10.5-inch high-resolution display, Snapdragon 855 processor, 6GB of RAM, and 128GB of storage. A previous rumor claimed the Galaxy Tab S6 will feature an OLED screen rather than LCD, which is also something unseen on other tablets.

Samsung’s new tablet should be unveiled alongside the Galaxy Note 10 in a few weeks on August 7th, although we have no actual price or release date for the flagship tablet at this time.