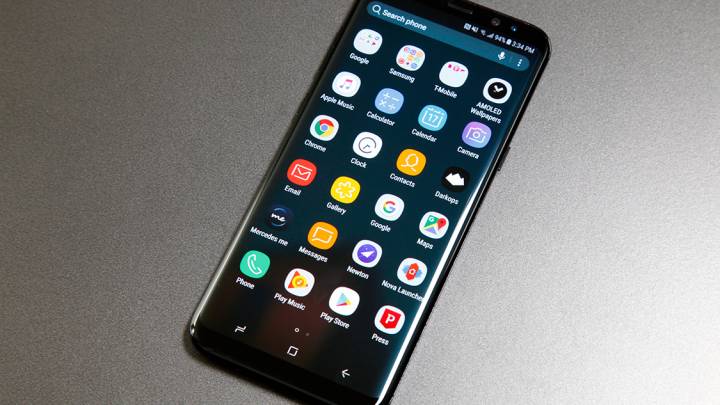 Unlike iPhone and iPads, most Android smartphones and tablets have expandable memory via microSD cards, which can hold as much as 400GB of extra data. But what if the next Samsung flagship actually came with 512GB of built-in storage?

Samsung announced on Tuesday that it has started mass-producing the industry’s first 512GB embedded storage solution. Just in time for the Galaxy S9’s launch?

Unlike iPhone and iPads, Samsung’s phones and tablets do not offer as much built-in storage. Entry-level Samsung flagship phones like the Galaxy S8 and Galaxy Note 8 come with 64GB of memory, but that might not be enough for some users. The obvious advantage of built-in storage is that it’s significantly faster than expandable memory. And the faster the flash memory, the quicker the phone will feel. Just ask Apple.

This brings us to Samsung’s announcement of the 512GB eUFS chip that should provide “unparalleled storage capacity and outstanding performance for upcoming flagship smartphones and tablets.”

Unsurprisingly, you won’t find any mention of the Galaxy S9 or Note 9 in the press release. But these are likely candidates for such a massive memory upgrade, as they’re expected to be unveiled early next year. There is a Galaxy Note 8 model with 256GB of internal storage, but it’s harder to find, and a lot more expensive. So in case that there will be 512GB Galaxy S9 and Note 9 models, expect to pay a premium for the extra bump in flash memory.

The 512GB memory chip is made of eight 64-layer 512Gb V-NAND chips that are joined by a controller chip. Together, they double the density of the previous 48-layer V-NAND 256GB eUFS memory. That means the new chip doesn’t need to more physical space inside the smartphone.

Performance-wise, you can expect up to 860MB/s and 255MB/s sequential read and write speeds, respectively. That means you only need about six seconds to transfer an HD video clip to an SSD, Samsung says.

What’s most interesting about Samsung’s announcement is contained within the last paragraph:

On a related note, Samsung intends to steadily increase an aggressive production volume for its 64-layer 512Gb V-NAND chips, in addition to expanding its 256Gb V-NAND production. This should meet the increase in demand for advanced embedded mobile storage, as well as for premium SSDs and removable memory cards with high density and performance.

This seems to suggest Samsung is keen on equipping plenty of products with lots and lots of storage. Let’s just hope the Galaxy S9 and Galaxy Note 9 are included on that list.