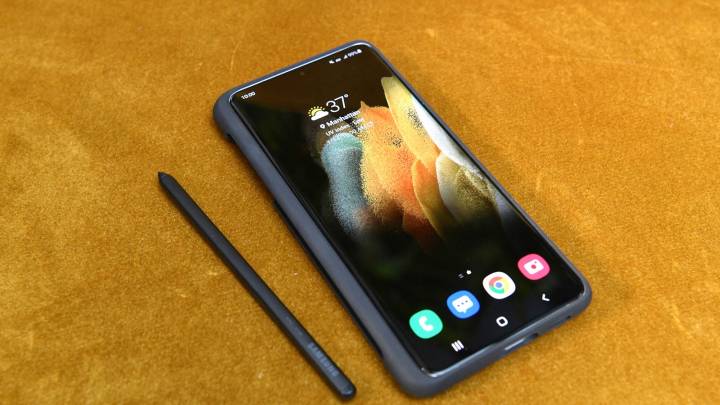 Reports leading up to the Galaxy S21 launch said that the Ultra version would be the first Galaxy S flavor to support the S Pen stylus. But unlike the Note, the stylus won’t be housed inside the smartphone. We speculated at the time that Samsung was preparing to discontinue the Note series, which felt out of place in the current mobile landscape. The Note lost its big-screen appeal over the years as all other handsets got their own large displays. The Galaxy S can easily become a Note if it supports the stylus.

Samsung said at the time that it would expand stylus support to other devices. Aside from the S21 Ultra, the Galaxy Z Fold 3 was also rumored to work with the S Pen. Later, Samsung confirmed there wouldn’t be a Galaxy Note 21 this year, blaming the chip shortage. But it felt more like Samsung was taking advantage of the current situation to move forward with plans to remove the Note series from its roster. Instead of the Note 21, buyers will get three new Galaxy devices this summer, including the Fold 3, Flip 3, and the Galaxy S21 FE. But a leaker says there might be a Galaxy Note in the future, as Samsung isn’t happy with the S21 Ultra’s performance.

A leaker named @FrontTron on Twitter responded to a different well-known Samsung leaker who asked his followers whether they want the Galaxy Note to return next year.

It will come back. Yes. You heard it right.
They are discussing about it since the S21 Ultra with S-Pen's market response and sales record hasn't met their expectations. https://t.co/ZfgILVfg9I

@FrontTron said that the Note would come back as Samsung is already analyzing the matter. The Galaxy S21 Ultra and its S Pen support did not impress the market, and the sales performance did not meet expectations, the leaker said.

We already know that Samsung’s Galaxy S21 can hardly match the iPhone 12’s sales performance. The graph below shows that the iPhone 12 phones sold significantly better than the S21 handsets in the first quarter. Apple’s iPhones accounted for a massive share of the $100 billion spent on phones in the first three months of the year, and Apple moved more inventory than Samsung.

The $1,199.99 Galaxy S21 Ultra is also more expensive than regular S21 models, and it would have been more costly than the cheapest Note 21 that Samsung would have launched. The S Pen is not included in the S21 Ultra box, requiring a separate purchase. And the stylus needs a special case for easy carrying.

The regular S21 versions do not support the stylus, but they’re significantly more affordable — starting at $799.99 and $999.99 before any discounts are applied.

Reports that predated the Galaxy S21 launch speculated that Samsung is looking to ramp up foldable phone sales. These devices are slightly more expensive and would increase revenue. Replacing the Note with foldable handsets makes sense. Phones like Fold 3 could continue the Note’s legacy. The Fold will have a bigger screen than traditional handsets and support the S Pen — although the stylus won’t be built into the phone. But the Fold will also be more expensive than the Note.

Regardless of what leakers say, it’s absolutely clear there won’t be a Galaxy Note 21 in stores this year, as we have no rumors about such a device in the wild. Galaxy handsets do not stay secret. Samsung has a year to decide whether to make a Galaxy Note 22 or figure out a way to incorporate the S Pen into more devices.