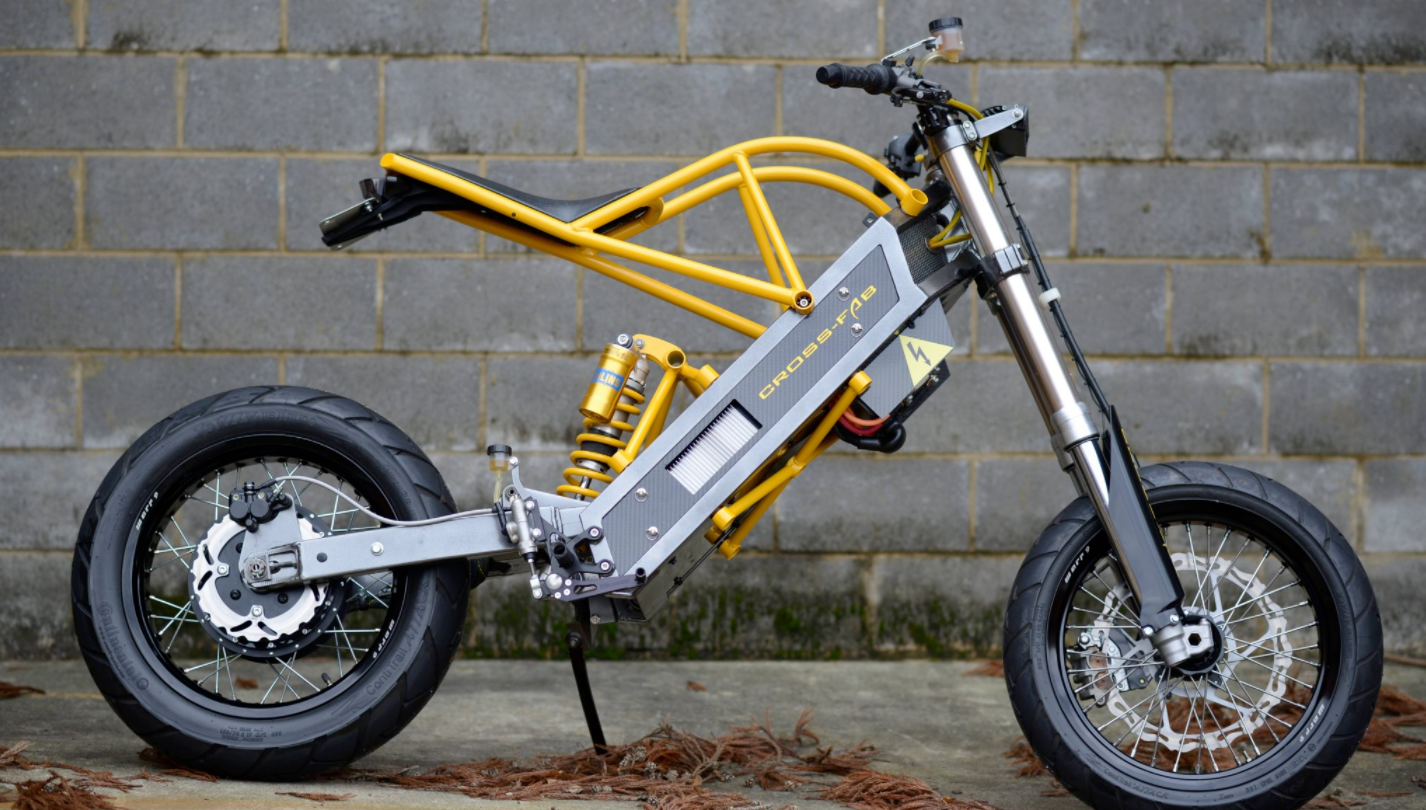 Alan Cross spends his days as a veterinary orthopedic surgeon, but when he heads to his garage his precise skill set is applied to a different kind of beast. Cross built this gorgeous electric motorcycle by himself, and even though it looks like a hollow shell to the untrained eye, it’s actually a marvel of engineering.

The bike, which is called the ExoDyne, sports an all-electric powerplant comprised of a whopping 48 individual lithium-ion batteries which are housed in the wide, thin main body. The rear hub houses an 11 kW motor which pushes the angular bike to a totally respectable top speed of 60 mph. The ExoDyne has a total range of roughly 20 miles, which isn’t the greatest, but this isn’t exactly the kind of vehicle that you take on road trips.

A tiny display mounted to the handlebars keeps track of speed and the power left in the batteries, while the rider’s saddle is mounted on nothing more than a thick tube frame. Carbon fiber panels help provide strength and rigidity while keeping weight to an absolute minimum. The entire bike weighs less than 250 pounds, which is just plain crazy.

You don’t have to be a fan of motorcycles to appreciate what Cross has done here, and it’s clear that his engineering degree is being put to good use, even if his day job involves performing surgery on family pets.

But what might be the craziest part about this entire bike — of which there is literally only one on the planet, mind you — is that it’s currently for sale. Cross has apparently decided to part ways with his wondrous creation in order to help fund his next project, and he’s currently entertaining offers from anyone who trusts his manufacturing skills enough to ride it.