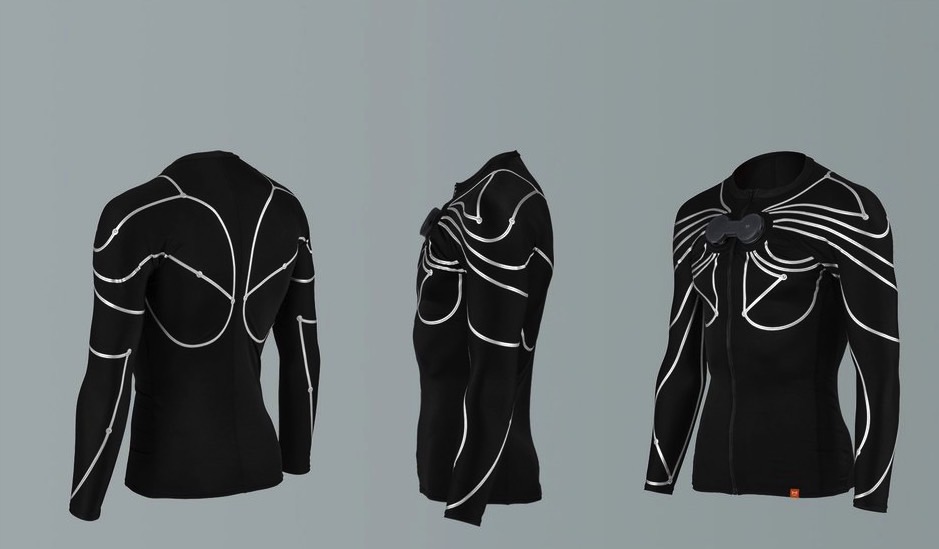 Can one’s body be used to control a video game? The answer is yes, apparently. But the smart clothing Japanese startup Xenoma designs isn’t going to inspire a new generation of blockbuster video games.

The E-Skin shirts have sensors that pick up the movements of your upper body, including arms and torso, and translate any movement into on-screen action. That sounds a bit silly, and you’ll look ridiculous trying to control a game via the smart shirt you’re wearing. But E-Skin tech, combined with the right kind of apps, could transform the way you exercise at home or outside.

Xenoma demoed its E-Skin tech at CES 2018, after launching the technology a year ago at the same show. The Verge got a chance to try out the game that translates body movements into on-screen actions, and from the looks of it, it’s quite tiring.

The concept game requires you to move your arms like you’re running and to perform jumps whenever an obstacle appears in front of your avatar on the screen. The information is picked up by sensors that are embedded in the fabric, sent to a Bluetooth module worn on the chest, which beams it to a computer or smartphone.

As you can see in the video above, the games you’d control with your body aren’t the kind of games you have in mind. It’s not the latest shooter title that you’ve been dying to play, and it doesn’t involve any kind of AR or VR experiences. Instead, we’re looking at games that may help you stay fit without leaving the house. That said, in the future, Xenoma-like smart clothing tech may be used to allow more immersive AR and VR experiences.

Even without a mobile or PC app to control, Xenoma’s fitness attire sounds exciting. The company is working on prototypes that can track your runs and provide a lot more health data than other wearable devices. Thanks to built-in sensors, EKG readings may be performed while you run. Torso movements would also provide data that could be used to analyze the respiratory system. If you’re into smart fitness, this is probably the kind of clothing you’ll want to buy down the road.

E-Skin shirts will sell for $400 to $500 later this year. A final price hasn’t been confirmed, and there’s no release date for the first E-Skin products that will hit stores.