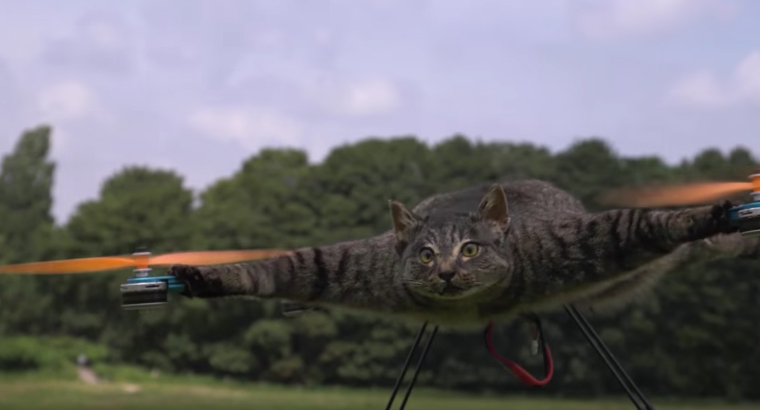 Ever wished to make your pet ostrich fly? Well, first of all, that’s an odd pet choice. But there’s a way of giving it wings if you still want to do it, though it’s a bittersweet victory: you’ll first have to wait for it to die.

Bart Jansen decided to turn his cat Orville into a drone back in 2012 when it was killed by a car. Jansen partnered up with an engineer, Arjen Beltman, for the project. Soon after that, other projects followed, including an Ostrich Copter that can fly.

YouTube channel AJ+ featured this unusual drone-making project into a fun video that shows you what can be done with stuffed animals and drone technology. The two men even created a badger submarine. Other drones include a shark drone and rat drones – safe to say you’d be freaked out to see them flying near you.

What’s interesting about the project is that the animal drone inventors only use road kill for their strange flying machines. In fact, you can bring your dead animal to them, and they’ll make you an offer to make it fly. Check out this link to see more of Jansen’s creations, while AJ+’s full video follows below.