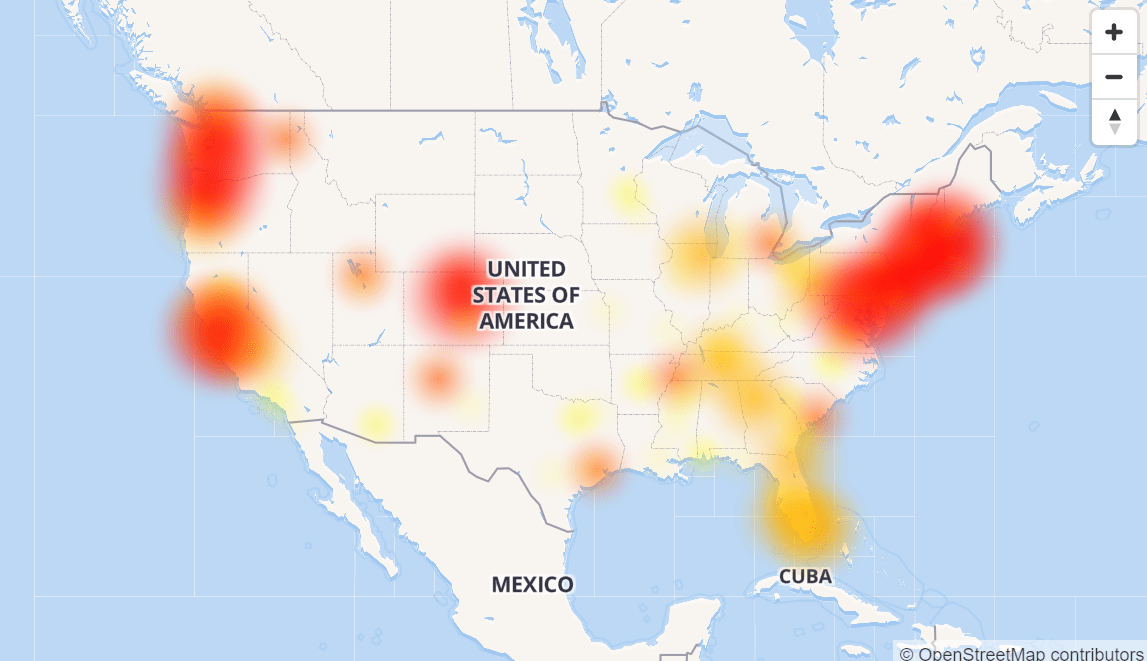 Comcast appears to be having intermittent problems with its service across all of the US. The company has confirmed that customers “may still be experiencing an issue” with the Xfinity Voice phone service, but reports from social media and the Down Detector indicate that customers are having problems with their internet service in virtually every major city in the US.

Reports from the Down Detector suggest that the majority of people reporting problems are having issues with their internet, with problems on phone and TV service also being called in. Of course, the kind of users who report issues on the Down Detector are also the kind of users who are more likely to only have an internet connection and not landline phone, so it’s not clear what the primary problem is.

The issues started around 11AM Eastern time, with Comcast acknowledging the issue in a solitary tweet around 1PM.

@comcastbusiness customers may still be experiencing an issue with their Voice service. We appreciate your patience as we continue to resolve. Please continue to check back here for more updates.

The primary cities experiencing issues, according to the Down Detector, are San Francisco, Chicago, Portland, Denver, and Seattle. That’s most of Comcast’s biggest cities for availability, so it’s safe to assume that this is a nationwide problem, rather than being linked to regional issues in a handful of cities.

At times like this there’s not really much you can do apart from wait, watch Comcast’s Twitter account, and check the data allowance on your cell plan. Once the company says that service has been resumed, it’s a good idea to reboot your cable modem and any connected devices if your service still isn’t working.