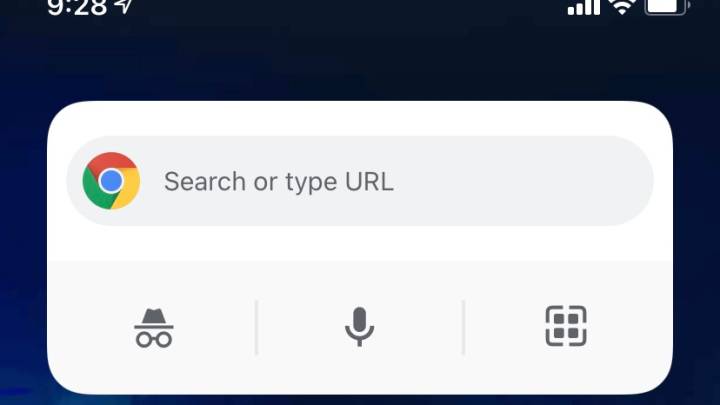 After Apple announced App Tracking Transparency would be launching alongside iOS 14.5, Facebook went all out in opposition to the feature. There were blog posts, videos, and even full-page newspaper ads criticizing Apple’s privacy changes which would have an outsized effect on the social media platform. Meanwhile, Google had little to say about the move, but iOS users noticed that updates for Google’s apps completely dried up for the first few months of 2021. But now, at long last, the updates are beginning to roll out at a more typical pace.

This week, Google released Chrome 90 on the App Store for the iPhone and iPad. As you can see on the App Store listing, this is just the second update for Google’s mobile browser since last November and the first to feature a new version number. Google skipped version 88 and version 89 altogether, jumping straight to 90.

As we have stressed repeatedly in recent weeks, you should not delay when it comes to updating software on any of your devices, but there are plenty of reasons to download Chrome 90 on iOS now. The most exciting is the addition of three new widgets, which you can access by holding down on the Home screen until your apps start shaking, tapping the ‘+’ button in the top-left corner of the screen, and finding Chrome in the menu.

Here are what the three new Chrome widgets do:

The first widget, Quick Actions, is by far the most useful, allowing you to quickly start a search, open an incognito tab, initiate a voice search, or scan a QR code with the tap of a button. If you use the mobile browser frequently, this might not be a bad widget to have on the first page or two of your Home screen. The other two are just shortcuts — one will take you straight to the Chrome search bar and the other will take you to the Chrome Dino game, in which you play a side-scrolling dinosaur that jumps over a series of cacti while racking up points.

That’s the big news of this update, but Chrome 90 also lets you edit saved usernames and passwords in the Settings menu, and provides all the standard stability and performance improvements of any update. Version 90.0.4430.78 is available now on the App Store, so be sure to install it as soon as you have a chance.