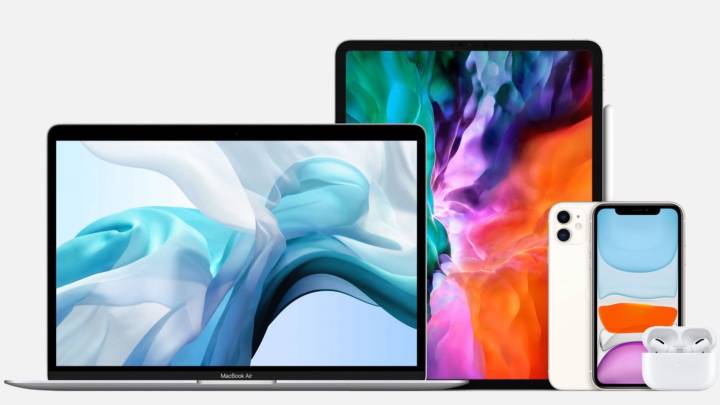 The world is still dealing with a massive chip shortage that impacts various industries, including consumer electronics and automotive. It might be car makers that complained the most about the inability to manufacture more vehicles because of the shortage, but several electronic device makers feel the same pressure. Samsung confirmed a few weeks ago that the silicon shortage would impact its smartphone business, saying that it’s taking steps to mitigate the issue. The Galaxy Note 21 cancelation was reportedly on the table, although Samsung might have discontinued the Note line even without a components crisis.

At the time, reports said that Apple’s operations remain largely unaffected thanks to the iPhone maker’s proven ability to manage the complex supply chain and plan its moves accordingly to ensure enough parts supply for its core products. But a new report claims that two Apple products are now directly impacted by the chip shortage, including the iPad and MacBook.

Apple has reportedly postponed producing some tablets and laptops, Nikkei Asia reported, without disclosing what types of iPads and MacBooks might be impacted.

The shortages have delayed “a key step” in MacBook production, “the mounting of components on printed circuit boards before final assembly.” As for the iPad, the shortage of displays and display components has forced Apple to postpone production. A few days ago, a report from Bloomberg said that shortages of “a one-dollar part called a display driver” are impacting various consumer electronics. That report did not name Apple explicitly.

Apple has pushed back a portion of component orders to the second half of the year for both products. It’s unclear whether the chip shortage will lead to launch delays for 2021 iPad and MacBook versions.

Apple is widely expected to launch new iPads this year, starting with a significant iPad Pro refresh that’s reportedly planned for April. The larger iPad Pro models will feature a mini-LED display, Apple’s new A14 chip, and they will come with 5G support.

Apple is also rumored to launch redesigned MacBooks this year, which will bring back several features that were removed years ago. The MagSafe charger and additional connectivity options would return to the MacBook, according to recent reports. Apple also plans to equip more Macs with its own processors and is said to launch a 14-inch MacBook Pro that would replace the 13.3-inch model.

The Nikkei report notes that Apple’s expertise at managing a complicated supply chain has helped it navigate the current chip shortage. iPhone production has not been affected, but some components are reportedly “quite tight.”

The report also notes that PC demand will remain at high levels this year, as there’s continued interest in computers as the pandemic’s stay-at-home economy continues to flourish. The PC market is expected to grow by more than 18% this year. Apple was the world’s fourth-largest laptop maker with a 7.6% share last year, leading the tablet market with a 32.5% share.