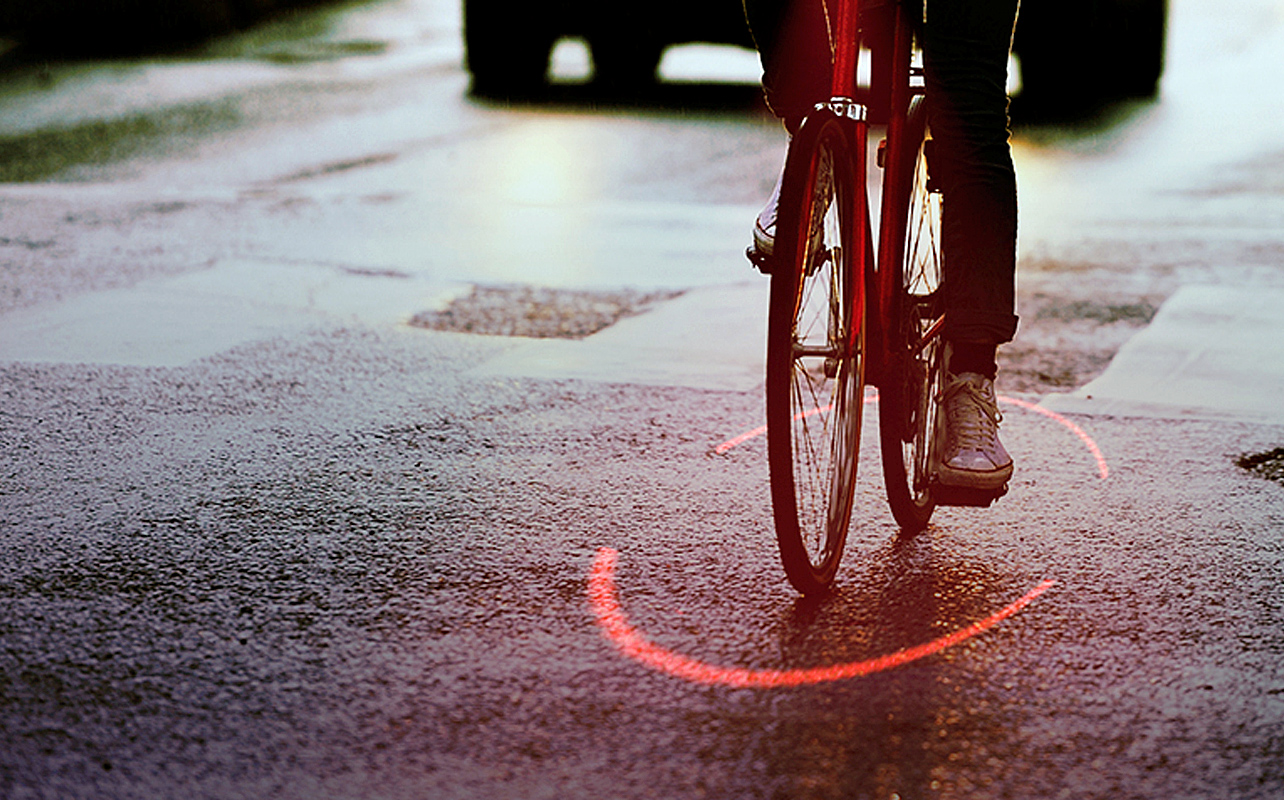 Biking is fun, relaxing, and great exercise to boot, but it’s also a bit hazardous depending on where you find yourself. Road riding is extremely popular, but competing with cars for your share of the road is difficult when you’re on two non-motorized wheels. Michelin, best known for its car tires, is stepping in to offer a high-tech solution. It’s called the BikeSphere, and it’s designed to give drivers a clear view of cyclists and help avoid accidents and near-misses.

A study conducted my Michelin regarding bike safety revealed that at least one in five drivers fails to give cyclists adequate room on the road. The BikeSphere helps make it easier for drivers to see the “safe” zone around a bike and help them avoid inadvertently muscling in where they don’t belong.

The BikeSphere sits near the handlebars and projects a bright laser on the pavement around the rider. It’s especially useful at night, when visibility is inherently low. Using a proximity and light sensors, the fancy system can detect an approaching car and brighten the laser projection so that it simply can’t be missed. During the daytime, the sphere functions as a simple headlamp so drivers won’t overlook the cyclist.

The cool concept is part of Michelin’s Trendy Drivers program, which helps inventors fund ideas that can change bad habits of drivers around the world. No word on when the BikeSphere will actually make it to market, or what its eventual price or availability might be, but if it does hit retail, it could be a pretty big hit.