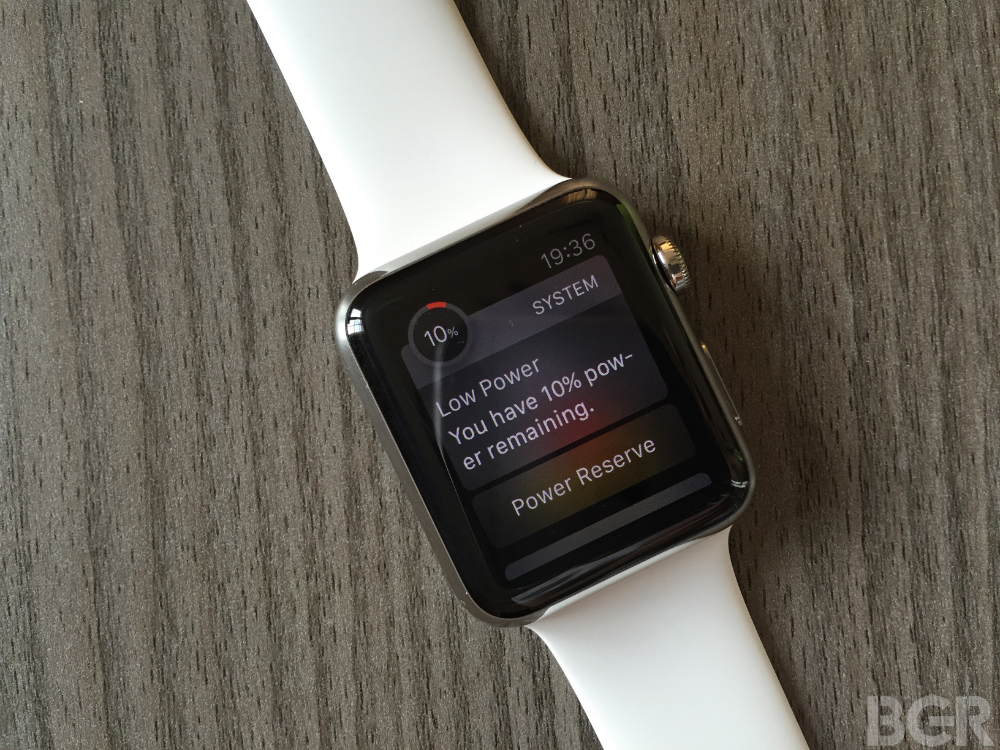 According to an image found on Weibo and posted online by @the_malignant, the Apple Watch 2 will offer users a significant battery life upgrade. The leak suggests the new Watch will have a 1.28 Wh (334 mAh) battery, which is almost 36% bigger than the 0.94 Wh (246 mAh) battery on the first-gen model.

It’s not clear whether all Apple Watch 2 sizes will get the same battery capacity bump. The one in the leaked image would fit a 42mm Apple Watch model. The first-gen 38mm Apple Watch features a 205 mAh battery.

But we would expect Apple to try to offer the same or better battery life with the Apple Watch 2. Earlier this year, KGI analyst Ming-Chi Kuo said the Apple Watch 2 would launch with a higher capacity battery.

Current Apple Watch owners, myself included, are used to charging the Apple Watch once a day, most likely at night. It’s really difficult not to do it, but you get used to this new battery-charging hassle soon after you buy one. A significant bump in battery life would certainly be appreciated.