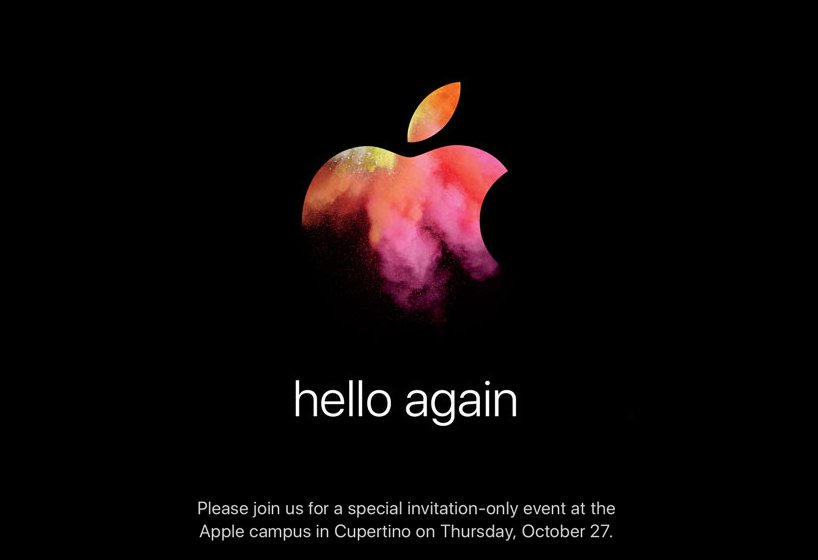 Apple’s big October event wasn’t exactly a mystery, but now it’s officially official. The company on Wednesday sent invitations to the media for a press conference scheduled to take place on October 27th, which is next Thursday. The topic of conversation has not been shared, of course, but rumors suggest that a refreshed Mac lineup will be the focus. The title of Apple’s event — “hello again” — seems to support that theory; Apple’s Mac computers haven’t seen a major update since the company released it’s redesigned MacBook.

If recent reports pan out, Apple will unveil a brand new MacBook Pro next week that features one key new feature. On top of refreshed specs and more powerful components, the new notebook PC is expected to feature a long OLED touchscreen in place of the top row of function keys on Apple’s keyboard. This screen will display different buttons and graphics depending on which app is being used, giving the user quick access to key features on the fly.

Other computers from Apple’s lineup, including the MacBook Air, are also expected to be refreshed next week. While the won’t get any crazy new features like the OLED touch bar headed to the MacBook Pro, they are expected to be updated with more powerful processors and other spec bumps.

Apple’s big Mac press conference is scheduled to begin at 1:00 PM ET next Thursday, and BGR will be covering all the news as it breaks.