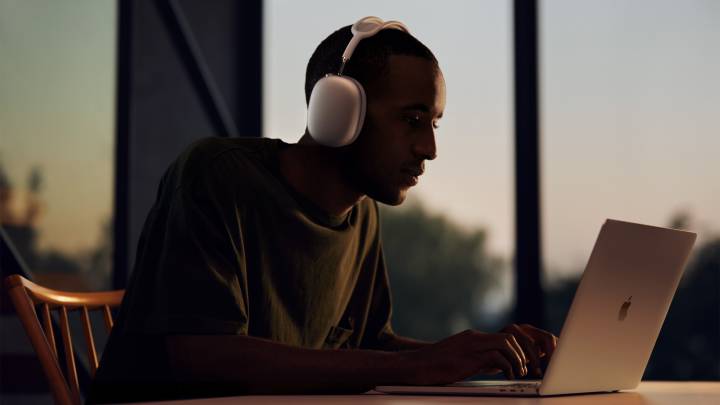 But none of the AirPods and HomePods models you can buy right now will support the new Lossless Audio mode, even if you set it up on your iPhone and other devices that can stream Apple Music and beam it to supported earphones and speakers.

Apple also announced that Spatial Audio with support for Dolby Atmos is rolling out to Apple Music. Spatial Audio is already available for movies, and AirPods, HomePods, and Beats devices already support it. Apple said in its announcement that various AirPods and HomePod models would support Spatial Audio music:

Apple is bringing Spatial Audio with support for Dolby Atmos to Apple Music. Dolby Atmos is a revolutionary, immersive audio experience that enables artists to mix music so the sound comes from all around and from above. By default, Apple Music will automatically play Dolby Atmos tracks on all AirPods and Beats headphones with an H1 or W1 chip, as well as the built-in speakers in the latest versions of iPhone, iPad, and Mac.

The lossless music section of the announcement makes no mention of AirPods or HomePods support. Apple explains in a footnote that lossless music has specific requirements, implying that some devices might not support lossless audio:

Due to the large file sizes and bandwidth needed for Lossless and Hi-Res Lossless Audio, subscribers will need to opt in to the experience. Hi-Res Lossless also requires external equipment, such as a USB digital-to-analog converter (DAC).

Apple then confirmed to T3 and Billboard that the AirPods Max and AirPods Pro do not support Apple Music Lossless. Both of the high-end AirPods support the Bluetooth AAC codec when connected to an iPhone, so they can’t receive the full quality of ALAC lossless files.

AirPods Max also won’t support lossless over the lightning cable, the company tells me. No Sonos support for lossless streaming just yet either.

Separately, Apple told The Verge that the HomePod and HomePod mini can’t stream lossless music either.

Apple Music subscribers looking to take advantage of the higher-quality lossless music will have to purchase additional equipment. They’ll have to ensure the wired headphones or DAC dongles work with the ALAC codec that Apple uses for lossless streaming.

The new Spatial Audio and lossless music streaming will roll out to users in June.