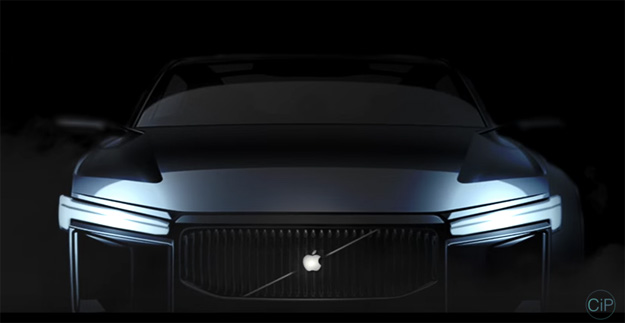 Leading up to this year’s Consumer Electronics Show, the buzz surrounding Faraday Future had reached a fever pitch. The world waited with bated breath to see what this mysterious electric car company would unveil. Then, Faraday announced a 1,000 HP Batmobile and people’s attention turned elsewhere.

Electric super cars are exciting to an extent, but the real future of electric vehicles will arrive when companies begin to bring this technology to the masses. There is already a small trickle of affordable EVs hitting the roads, and things will really heat up when Tesla finally releases its Model 3.

Rumors have persisted that Apple is working on an electric car of its own, and we have a feeling that if that is indeed the case, it will be closer to a Model 3 or a Model S than a ridiculous supercar with a sky-high price tag. All the same, it’s fun to imagine what an Apple sports car would look like, and now we can see one in action.

YouTube user “ConceptsiPhone” is known for creating just that: iPhone concepts. In its latest video, however, the person or people behind the account turned their attention to the Apple Car.

As Elon Musk put it recently, the Apple Car is an “open secret.” There is little doubt in anyone’s mind at this point that Apple is working on electric and autonomous car technology in some capacity, though we have to idea what will ultimately come of the company’s efforts.

Will Apple release a car? A series of Apple Cars? Is it simply working on software that will power EVs built by other companies? We won’t know for several years until Apple starts making some announcements. In the meantime, the video embedded below shows us what an Apple sports car of the future might look like.