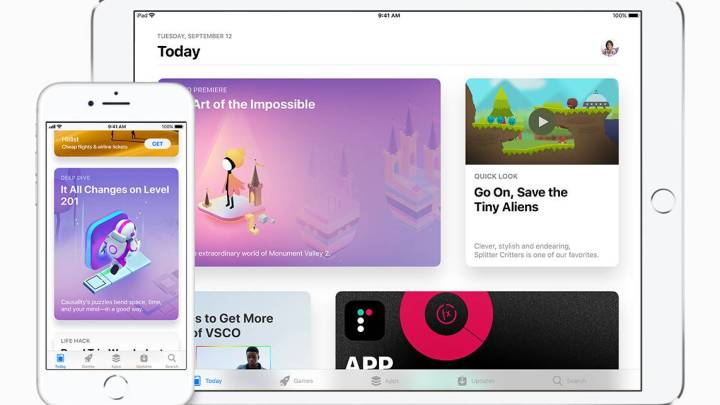 Each and every day, we get more proof that the internet is an increasingly dangerous place. From hacks to viruses to zero-day vulnerabilities, there’s only so much you can do to keep yourself safe, which is why it is so important for the companies with which you entrust your private data to do everything in their power to protect you.

Apple is one of those companies, and on Tuesday, the iPhone maker announced that it protected its customers from more than $1.5 billion in potentially fraudulent transactions through a combination of its sophisticated technology and the employees working diligently behind the scenes. The press release goes on to describe all of the ways that Apple is kept its users safe from threats on the App Store over the course of 2020.

It all starts with the App Review team, which checks every app and update to make sure that they adhere to the App Store guidelines on privacy, security, and scam.

In 2020, the App Review team helped more than 180,000 developers launch new apps. At the same time, nearly one million new apps and 1 million app updates were rejected or removed. 48,000 of those apps were rejected for having hidden or undocumented features, while 150,000+ “were rejected because they were found to be spam, copycats, or misleading to users in ways such as manipulating them into making a purchase.”

One way that developers often break the rules to give their apps a boost is with fake reviews, and Apple says that it removed over 250 million ratings and reviews that didn’t meet its moderation standards in 2020. The company “also recently deployed new tools to verify rating and review account authenticity, to analyze written reviews for signs of fraud, and to ensure that content from deactivated accounts is removed.”

Apple also find thousands of developer accounts every year that are created for the sole purpose of committing fraud, and in 2020, 470,000 such developer accounts were terminated. Plus, 205,000 enrollments were rejected “over fraud concerns, preventing these bad actors from ever submitting an app to the store.”

Finally, and perhaps most importantly, here’s what Apple did to stop payment and credit card fraud:

Financial information and transactions are some of the most sensitive data that users share online. Apple has invested significant resources in building more secure payment technologies like Apple Pay and StoreKit, which are used by more than 900,000 apps to sell goods and services on the App Store. For example, with Apple Pay, credit card numbers are never shared with merchants — eliminating a risk factor in the payment transaction process.

In 2020 alone, the fusion of sophisticated technology and human review prevented more than 3 million stolen cards from being used to purchase stolen goods and services, and banned nearly 1 million accounts from transacting again. In total, Apple protected users from more than $1.5 billion in potentially fraudulent transactions in 2020.

Apple certainly isn’t perfect, and stories about illicit, fraudulent, and dangerous apps crop up more often than the company would like, but it’s clear that protecting device owners is a top priority for Apple.