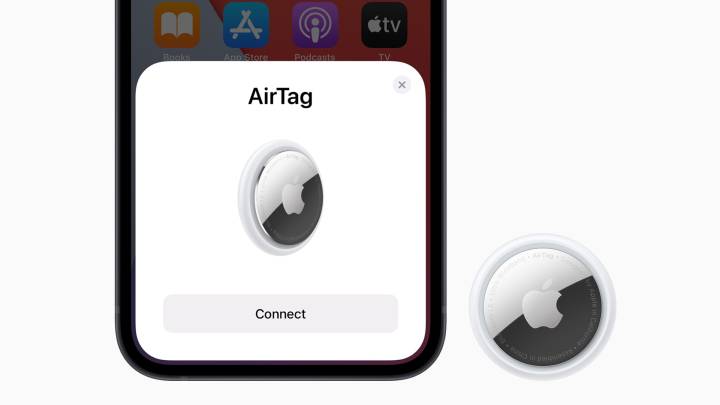 Even the smallest product releases from Apple are going to make waves, but since its launch in April, the AirTag tracker hasn’t been making headlines for reasons that Apple would prefer. If you haven’t been keeping up with the response to the AirTag, there has been a great deal of concern over the lack of privacy features the Bluetooth tracker provides to users.

This concern culminated in a Washington Post story about all the ways that an AirTag could be used to stalk someone surreptitiously. One of the problems is an alarm that sounds when the AirTag has been separated from its owner for three days. As Geoffrey Fowler pointed out in his piece, this alarm resets every time the tracker is within range of the owner’s phone, which means that anyone living with an abusive partner that is secretly tracking them might never hear the alarm.

Apple heard the complaints loud and clear, and as CNET reports, the company has started rolling out a firmware update for AirTag to adjust the timer on the alarm:

Following up on our commitment to continue to improve AirTag’s privacy and security, starting today we will be updating the time period after which an AirTag that is separated from its owner will play a sound when moved. This time period is changing from three days to a random time between 8 and 24 hours.

It’s a relatively minor adjustment, but one that could have a major impact on the AirTag’s utility as a tool for stalkers. Additionally, Apple is taking steps to address concerns of Android users being more susceptible to covert stalking due to the fact that the Find My app is only available on iOS:

Later this year, we will also introduce an Android application that will enable users to detect an AirTag or Find My network-enabled accessory separated from its owner that may be traveling with a user.

Although these changes won’t be every privacy advocate’s mind at ease, they show that Apple is paying attention to the dialogue surrounding its new product. You can buy a single AirTag from Apple’s website right now for $29, or a pack of four AirTags for $99.