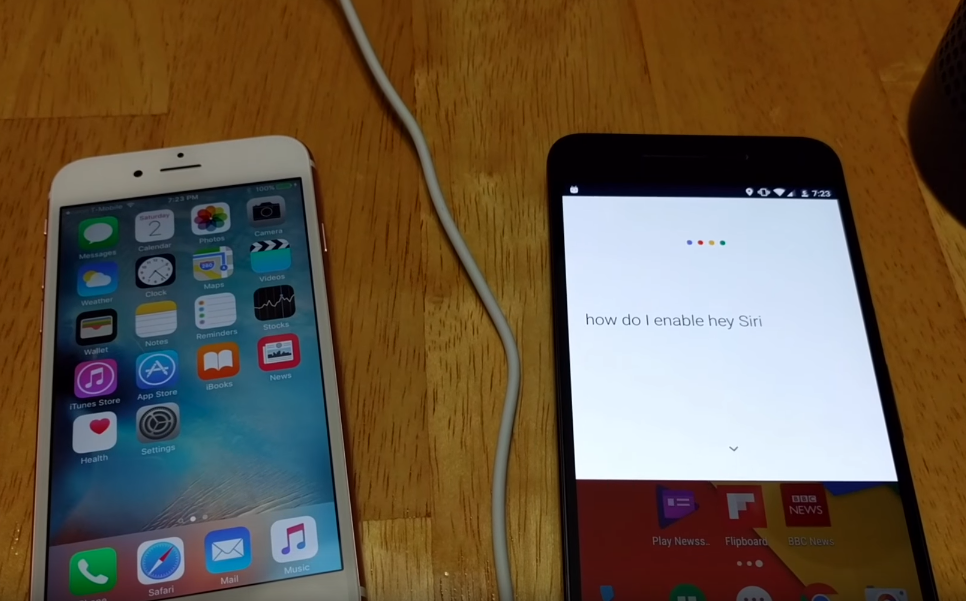 We’re surrounded by voice-enabled personal assistants these days, but what if we could make them all talk to one another? That’s the ambition of Leon Nicholls, who recently activated Siri on an iPhone by going through three different voice-enabled assistants first. As you’ll see in the following video, the chain reaction among all the computerized assistants is a pretty amusing sight.

MUST READ: The cheapest way you can drive a Tesla right now

He starts off by activating voice commands on his Raspberry Pi and he asks it to “ask Alexa how to use Siri.”

“OK Google, how do I enable ‘Hey Siri?'” asks the Amazon Echo.

“According to MacWorld, the next time you summon Siri with a command by either holding down on the home button or by calling out ‘Hey Siri!’ when your iOS device is plugged in, you’ll be prompted with a setup screen,” replies Google Now.

“Yes?” Siri then chimes in.

At any rate, this is the most amusing (albeit inefficient) way we’ve ever seen someone activate Siri. It’ll be interesting to see what other tricks people can come up with when using all these different services together.