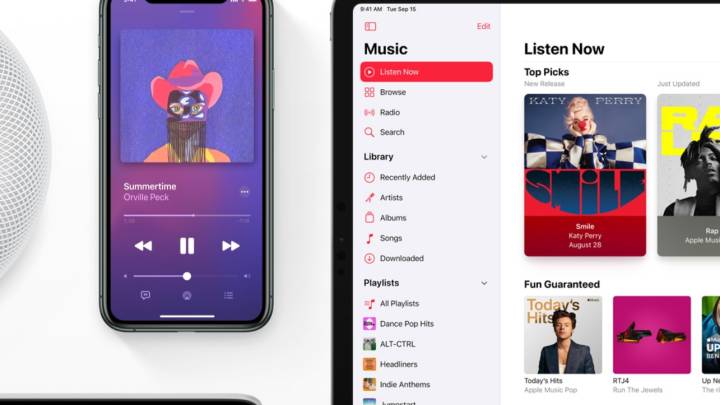 Apple’s Spring Loaded event was packed with huge announcements, from the redesigned iMac and the iPad Pro with an M1 chip to the new Apple TV 4K and the AirTag tracker. As per usual, even more devices were rumored to show up at the event, but those rumors didn’t come true. In fact, one such rumor suggested that the next generation of AirPods headphones would be unveiled, and while that didn’t happen, the reveal might be coming soon.

According to Hits Daily Double, Apple is planning to launch a brand new high-fidelity audio tier on Apple Music “in the coming weeks” alongside the third-generation AirPods. Label sources tell the website that Apple will price the hi-fi tier at $9.99 per month, which is the same price as the standard Apple Music plan.

Bolstering the report from Hits Daily Double, MacRumors found code in the first iOS 14.6 beta which seems to spoil the company’s plans to launch a new tier for its music streaming service. As the site reveals, there are references to “lossless audio,” “high-quality stereo streaming,” and “HiFi” in the Apple Music app after updating to iOS 14.6 beta 1. The code also suggests that only certain AirPods models will be compatible with hi-fi streaming.

WWDC 2021 is just around the corner, but it’s possible that Apple sprinkles in a few additional reveals before the end of the month. After all, Spotify announced a high-fidelity tier of their own back in February which still has not launched. According to the company blog, Spotify HiFi “will deliver music in CD-quality, lossless audio format to your device and Spotify Connect-enabled speakers.” Spotify HiFi is also expected to be more expensive than the standard plan, so if Apple Music’s hi-fi option really does come in at $9.99, it could be a compelling reason to switch.

As for the third-generation AirPods, previous leaks and reports have suggested that the new model will have a similar design to that of the AirPods Pro, but without some of the key features that make the Pro model stand apart, such as Active Noise Cancellation. There are also rumors that the next AirPods Pro will ditch the stem altogether, adopting a design that might mirror what Google did with the Pixel Buds.

None of this has been confirmed by Apple yet, but the references in the iOS code make it clear that the company is at least considering a high-fidelity streaming option for Apple Music.